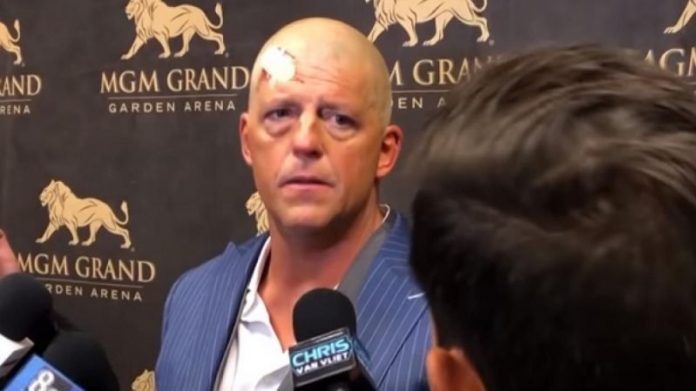 In an interview with Kenny McIntosh of Inside the Ropes during Starrcast II, Dustin Rhodes talked about his final years with WWE:

“It’s frustrating when you have so much to give but time is running out because you’re getting old. It sucks when you’re not being picked and you’re pitching these ideas to the writers and to the creative and to Vince and to anybody else who will listen but nothing happens. It’s like, ‘Oh we’ll just put you in a backstage segment standing in the hallway when Goldberg makes his f***ing entrance.’ You know, thanks I appreciate that, but no thanks! I would rather be doing something with substance on the show with a storyline. Whether I deserve it or not I don’t know but that’s what I wanted, that’s what I desired. That’s where my passion was and I lost it along the way. And I wanted out.”

“There are other things I want to do in life before it just ends, you know? Because you never know, you take every day for granted. Tomorrow might never happen. There’s acting I might want to do, there’s teaching, opening a wrestling school, there are all kinds of things that I have in my mind that I am creating constantly every single day. To actually be able to get out and say, ‘This is my last day with the company’ and for it to actually get done and to be able to go out and speak about it was a breath of fresh air.”