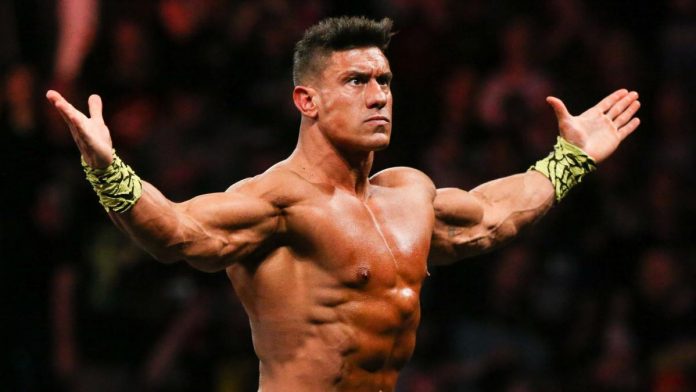 EC3 took to Twitter on Saturday, promoting his new “Essential Character III” gimmick following his release from WWE last week. EC3 posted a video, telling fans to “free themselves” from the “creative totalitarianism” of a “charlatan cabal.” He’s also made several hints at a possible AEW debut as he works out to Chris Jericho’s AEW theme song in one of his Twitter videos.

He said, “I’ve seen in this industry some of the strongest, smartest and most capable people who have ever performed. I see all this talent, and I see it wasted. An entire generation put their bodies, their souls on the line to entertain, and for what? Money? Fame? Passion. There is no purpose for what we do because we’ve been told that if you work hard, you pay your dues, you do the right thing that you can live your dream. But our dream is policed by a dark room within a corporation. Our dreams have become nightmares. I’ve realized this, and now, I have nothing to lose. You have been warned.”

I’ve seen in this industry some of the strongest, smartest most capable people who have ever performed.⠀
⠀
I see this talent, this potential and I see it for what it is. ⠀
⠀
Wasted.⠀#freeEC3https://t.co/S7lUEgo59R pic.twitter.com/YEQIzZGpsZ

I trained legs so hard today, I saw God.⁣
His eyes were a flame with fire.⁣
On his head were many crowns.⁣
He was clothed with a vesture, dipped in blood.⁣
⁣I was left with a revelation.⁣
⁣
Only an asshole would wear their own merchandise while they worked out.
⁣#freeEC3 pic.twitter.com/pU0omJKUDF