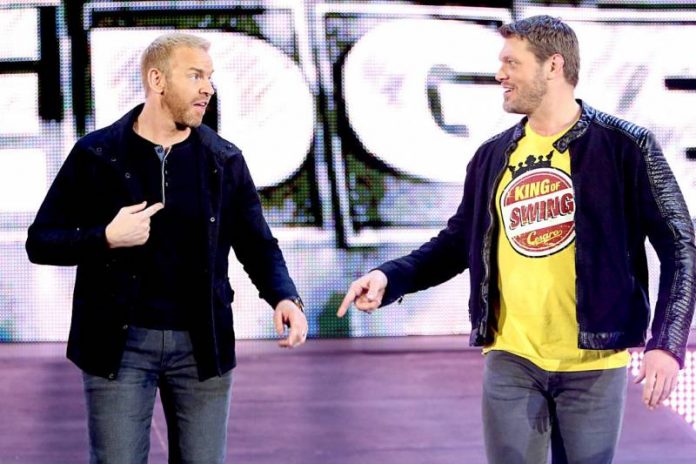 – Edge and Christian recently discussed AEW on their podcast and here are the highlights courtesy of WrestlingInc.com:

Christian on AEW landing a TV deal with TNT: “It was announced that All Elite [Wrestling] has signed a deal with TNT and will start airing a weekly show later this year,” Christian said. “It’s pretty big. That’s huge! It’s funny. Yeah, you think about where this kind of idea spawned starting from that show they did last year [ALL IN].

They wanted to do the biggest independent show and it just goes to show you if you keep pushing it, if you want to will something into existence, you can do it. And it’s huge for the industry. It really is. I mean, having that kind of platform to showcase talent and there is so much talent out there nowadays. It’s always great for the talent to have a place to apply their trade and earn a living. It’s great.”

Edge hoping AEW succeeds: “I’m looking forward to seeing what they do though,” Edge added. “It’s exciting. Good for them. And I hope they knock it out of the park. I really do.”

Edge on the numbers AEW can pull in: “Obviously, there is a marketplace for it as well. What will be interesting to see will be is the numbers that they actually pull in, what the network is expecting, and what realistic expectation is there too. Is it kind of a fledgling company starting out? I hope it does gangbusters. I really do.

But I just hope that they’re given the time – do you know what I mean – to ascend outside their core audience and just have time because any new show, any show new, [anything new is a process].

To work out the kinks, if there are any, and maybe there won’t be any, just to figure out production values, editing processes… how are you going to shoot your backstage promos? Are you going to give it this feel [or] that feel? A lot of different things go into it and it will be interesting to see what they do.”

Christian on the financial luxuries AEW seems to have: “And the good thing is too, money doesn’t seem to be an issue, so there’s that as well,” Christian said. “They have that luxury, so to speak, of being able to work through some of those trial and error periods if it does happen.”

– Jon Moxley is currently filming the movie Cagefighter. In regards to a possible appearance at AEW’s Double or Nothing PPV, Dave Meltzer noted that “Moxley is doing a movie, but that doesn’t mean he can’t get out for a day.”