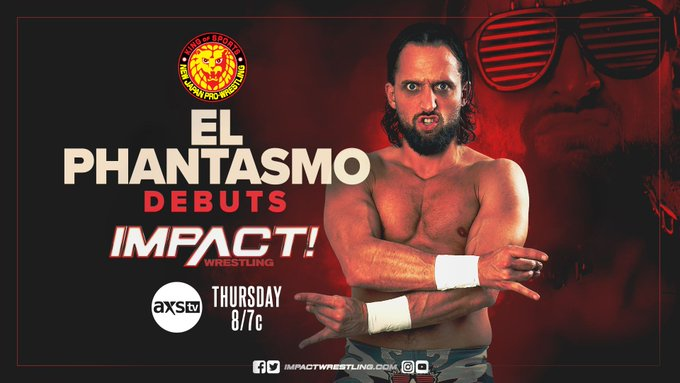 Below is the updated card for next Thursday’s Impact, along with a promo for Phantasmo:

El Phantasmo to debut on IMPACT May 6https://t.co/FlBae4ANXF#njpw @IMPACTWRESTLING pic.twitter.com/UzrNR3RypN