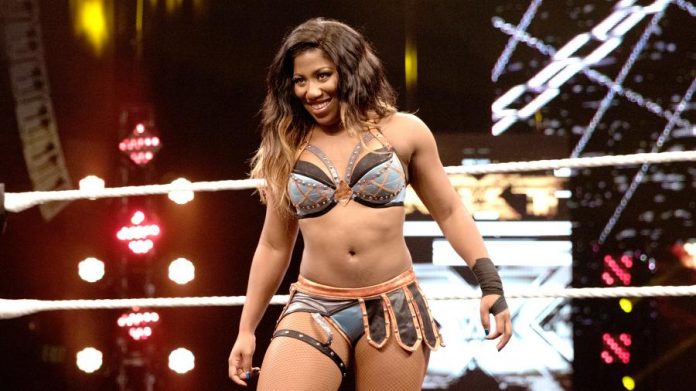 – Ember Moon is now confirmed for the Fatal 4 Way to crown a new WWE NXT Women’s Champion at “Takeover: WarGames” during Survivor Series weekend in Houston. She qualified by defeating Sonya Deville and Ruby Riot in a Triple Threat on tonight’s NXT episode. Ember joins Peyton Royce and Kairi Sane as confirmed names for the match. The final slot will be filled next week with a Battle Royal. Above is video from tonight’s qualifier.

– Johnny Gargano vs. Fabian Aichner has been announced for the November 1st NXT episode.

– Aleister Black remains undefeated after picking up a win over Raul Mendoza on tonight’s NXT episode. Black’s feud with The Velveteen Dream continued tonight as he taunted Black during and after the match. Below is video:

Is a quick costume change enough for @VelveteenWWE to finally be acknowledged by @WWEAleister?! #WWENXT pic.twitter.com/iR3gtcuawh