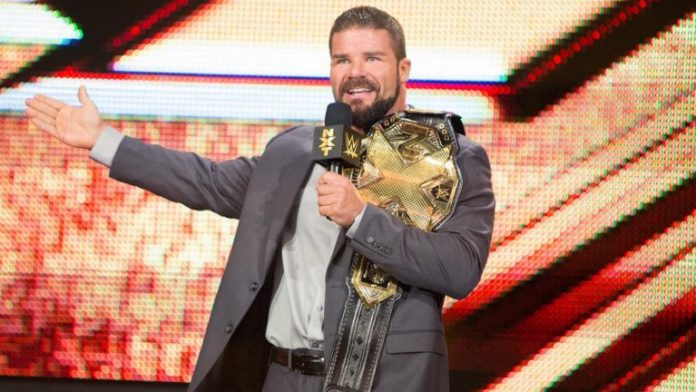 – WWE posted this video looking at the feud between SAnitY and WWE NXT Tag Team Champions The Authors of Pain. The two teams will do battle at NXT “Takeover: Brooklyn III” this Saturday night with Killian Dain and Alexander Wolfe representing SAnitY. Nikki Cross and Eric Young will be at ringside.

– No word yet on if Roderick Strong has earned a future match against NXT Champion Bobby Roode after tonight’s main event with Drew McIntyre. The stipulation was that Strong would get another match with Roode if he beat McIntyre. Strong did win the match by disqualification after Roode hit the ring and punched Strong, but the match may have ended in a no contest. Roode ended the show by standing tall after beating down both Superstars. McIntyre vs. Roode will main event Saturday’s Takeover event in Brooklyn.

– The contract for Ember Moon vs. NXT Women’s Champion Asuka at Takeover was signed on tonight’s episode. Below is video from the segment, featuring Moon, Asuka and General Manager William Regal:

The contract has been signed! At #NXTTakeOver: Brooklyn @WWEAsuka will defend her #WWENXT #WomensChampionship against @WWEEmberMoon! #WWENXT pic.twitter.com/SGGLCxt02x