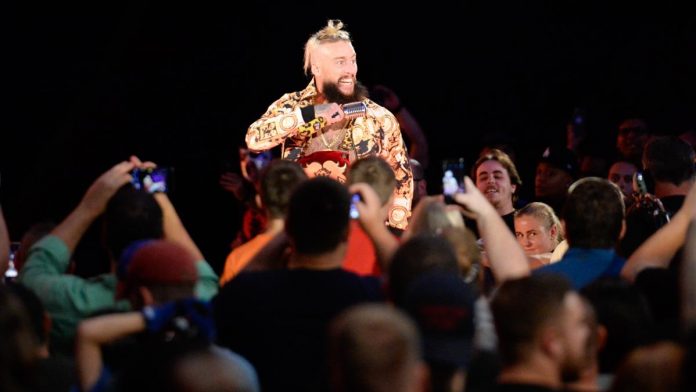 During a recent appearance in New York, Enzo Amore explained why he appeared in the crowd at the WWE Survivor Series PPV:

“Why did I do it? It had nothing to do with my music. I’ll tell you why I did it – cause I knew for a fact Vince McMahon would be heated more than anything in the world – but he’d respect the f*ck out of it. That’s why I did it. Because it was about one person, and that was it. Because I proved to him that I could beat him at his own game of statistics and numbers, and this that and the other, and I don’t even work for your company. I broke no laws, I bought a ticket.”

Enzo on his appearance at the Survivor Series: I knew it was going to piss off Vince McMahon #WWEMSG pic.twitter.com/cPLbV9AXcY

Enzo on his exit strategy following his Survivor Series “appearance”: I had an Uber waiting outside #WWEMSG pic.twitter.com/caSiQLsFgf