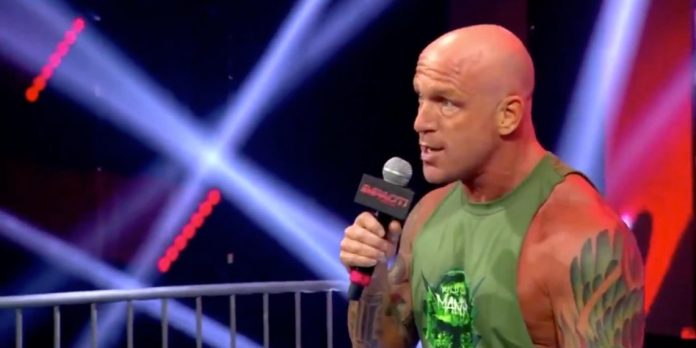 “Macho Man is one of my favourites of all time. I met him when he briefly worked at TNA and he was an amazing guy, super kind to me and very complimentary to me. That was super cool.

Obviously, I had a lot of respect, and I (do the move) and I was working on the pay-per-view that he was working and I had basically done in every match I had for the last 25 years and I went to him and said, ‘If it’s okay with you, I would still like to do it. If you don’t want me to, then I won’t.’ He said, ‘Yup, go head.’ Super cool. Not that he’d ever seen me wrestle, I hope that he knew what my name was, but he gave me permission to do it.”