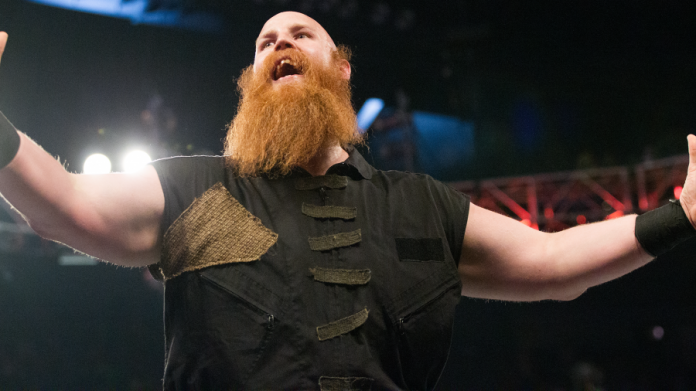 Erick Rowan did an interview with Lewis Nicholls. Here are the highlights:

His release from WWE: “The thing about all this is, we did get a message. We have an app that we had and it had a message from Vince [McMahon] that kind of explained that there’s gonna be layoffs. There’s gonna be furloughs, how the whole economy’s kind of churning and they basically have to let people go, and when I heard that I was like, ‘Well, I’m under contract so I can’t be furloughed’ so if they’re gonna let me go, they’re gonna let me go and to me, even the last time I was on television when they killed the spider like the day after because of backlash — because I don’t know why else they would kill it,” Rowan laughed. “It’s kind of like there’s no plans for it, so I was just sitting at home like a lot of guys were just sitting at home, and I don’t know. You get that initial shock and then it’s like, ‘Okay, well what’s next?’ Because you gotta keep going and my family, they know I got goals and things I wanna do outside of wrestling as well as still in wrestling, because I’m not even 40 yet so, I haven’t even hit the peak of my career and haven’t even got to begin to show people — these interviews that I do are so beneficial to show people that, ‘Hey, I have a voice, I can speak.’ I’m more than just some brute in the background on some weekly show or some guy that terrorizes people with a cage that’s smaller than them.”

Storyline with Roman Reigns and Daniel Bryan: “They can always do more. Like you said, yes it was too short [the storyline with Roman Reigns & Daniel Bryan] and I think a lot of that was a victim of just, we had the Draft coming up, we were switching networks to FOX, so they didn’t have a plan for me going on because they didn’t think I was gonna succeed. I know they didn’t think I was gonna succeed, because I wouldn’t have had people come up to me backstage and be like, ‘Oh my God, I can’t believe you’re doing this’ and then week after week after week, all of a sudden, they’re letting me talk, they’re letting me do more and more and more. So they were trusting me more and more and more, and then it just stopped when I got put onto RAW. It was a bummer, but to me they were using me. Up until the end, I was used. So, I was always figured in somehow so I couldn’t really be upset. You know, I had the cage thing, whatever that was, but it kept me on television. Good or bad, it kept me on and that’s always what I say to people are like, ‘It’s good or bad. You try to make the best you can with it and sometimes you can make good out of it, but sometimes the writing is the writing. I don’t know what happens, I really don’t.”

His future: “I haven’t had any conversations. I’m still under a 90-day no-compete clause. But, as far something like that, that would be awesome to be able to show your talents on a national level because they do have a contract through TNT and they get great exposure, they have a lot of really good guys that work there that know what they’re doing and they’re giving kids chances so yes, I do watch. I do find it entertaining at points and not entertaining at other points which every show is like that. You can watch anything on television. There’s other guys on the independents that I’d love to work with. They have some big boys over at IMPACT, they’ve got some big boys over at ROH. You know, and that’s not even getting into overseas stuff. But as far as AEW would go, for me and I think Brodie [Lee] would say this as well, we need to stay the hell away from each other. Just keep finding each other somehow.” 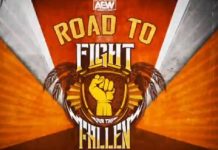