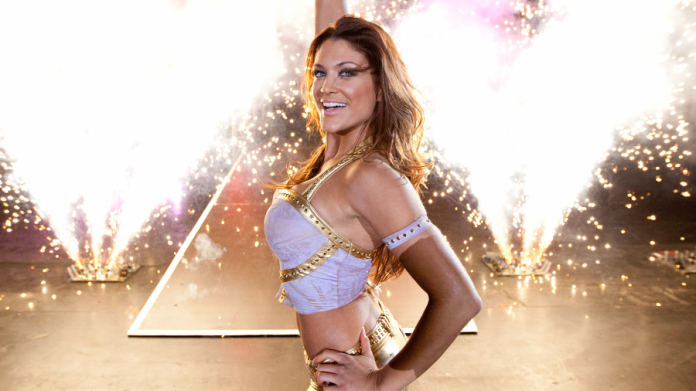 — Eve Torres will be on hand for WWE’s WrestleMania Week festivities in the New York-New Jersey region, according to PWInsider.com. This, of course, will naturally lead to speculation on the three-time Divas Champion coming out of retirement for the WrestleMania Women’s Battle Royal Match. However, her returning to the ring this Sunday seems unlikely for a few reasons.

WWE is only advertising Superstars from Raw, SmackDown LIVE and NXT for the WrestleMania Women’s Battle Royal Match.
Torres maintains a relationship with WWE as an ambassador.

She appeared at WrestleMania Axxess in 2017 so it’s quite possible that she’ll appear at the event again.
She was at WWE Evolution last October, but only appeared on the Evolution Kickoff Show panel.

Most importantly, there’s been no sign on Torres returning to the ring.

— Before SmackDown LIVE went on the air from Baltimore, Maryland, Lacey Evans beat Nikki Cross in a dark match.