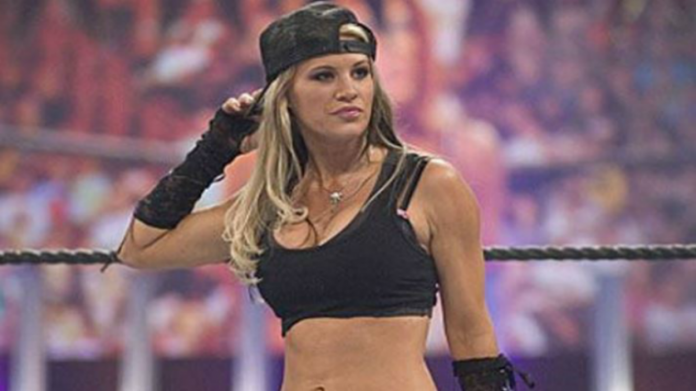 The first website to report on Ashley Massaro’s death on Thursday is now claiming that the former WWE Superstar committed suicide.

The Blast broke the news of Massaro’s death on Thursday night after confirming her passing with the Suffolk County Medical Examiner in Hauppauge, New York.

Massaro, 39, was discovered unconscious Thursday morning at her home in Smithtown, New York after she failed to show up to her job at a nearby radio station.

Massaro died en route to the hospital as emergency crews performed life-resuscitating measures on her to no avail.

Police believe no foul play was committed and are classifying Massaro’s death as “non-criminal.” Her death is currently under investigation, but officials did not say more.

The Blast reported today that Massaro “died after apparently taking her own life.” The report, however, doesn’t attribute this claim to anyone and offer no further details.

The original article published a statement purportedly from former WWE performer Shelly Martinez (aka Ariel) claiming that Massaro died of suicide. As it turns out, The Blast got the statement from a Facebook account pretending to be Martinez.

Ryan Satin of Pro Wrestling Sheet spoke to Martinez, who denied making the statement. She’s unaware of Massaro’s cause of death.

FYI — Just spoke with Shelly Martinez. She says this Facebook post is NOT from her official accounts and not something she said. She is still unaware of the official cause of death at this time, just like everyone else. pic.twitter.com/1wq4ytOKHk

Martinez retweeted Satin’s tweet. She also vented on the situation, saying that the Facebook profile of her is fake and that she made no such statement.

Makes me sick someone made a FAKE profile of me and post this. THIS IS NOT ME. pic.twitter.com/SJpaWManqy

Martinez also contacted PWInsider to say that she has not issued any public statement regarding Massaro’s cause of death.

The Blast still has the story online but removed Martinez’ statement. They have not issued a correction.