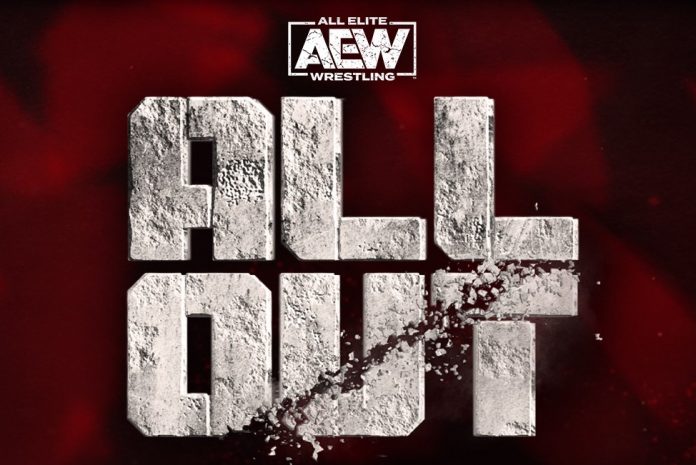 Reddit user WildCaniac provided in-person details about his experience at AEW All Out in Jacksonville, FL:

“As for the good, I thoroughly enjoyed the whole trip. It was nice to be back at a live wrestling event, even with a smaller crowd and not being able to make a large impact on how the show was presented on PPV. My favorite match was the Mimosa Mayhem Match, and I also LOVED the ability to just sit and enjoy wrestling in a live atmosphere again. My sign also made air so that was fun. If anyone remembers, I was the person with the REIGNS MUST BE DELETED and AMBROSE FEARS BROTHER NERO signs from Battleground 2016.

Now for the bad. Wearing a mask outside in hot humid Florida for essentially 6 hours was BRUTAL. By far the hardest part of being there. It was nice to be complimented by the end of the show by one of the security members on myself and my buddy following rules and protocols set in place. We were told a few people were escorted out for sitting outside of the assigned seating pods (which were sets of 2, 3, 4, and 6) and not wearing their mask outside of eating or drinking.

Opening the show with a cinematic match was a very poor decision. I anticipated it being a buffer match after the Mimosa Mayhem Match for cleanup but that was not the case. I can’t imagine a good reason for opening with this match. If Young Bucks vs Jurassic Express open the show, and THEN they do the cinematic match, I truthfully believe the flow of the show might not have suffered so early on.

Poor Matt Sydal. The crowd didn’t really have any expectations or chant for anyone in particular at 21 but needless to say Matt wasn’t who everyone wanted. Archer winning was logical but people REALLY wanted Eddie to win. He might have been the most over person on the show.

Speaking of Matts, The Matt Hardy incident was really frustrating. It took the majority of people out of the show as if they weren’t already burnt out by the humid climate. I cannot understand how the company decided to restart the match and skip to the finish but it’s over and done with now and Matt seemingly is fine. I just cannot believe the man hit his head on concrete from 15 feet in the air and wasn’t concussed. Not a good night to be named Matt.

It was clear to myself and my friend that the location where the scaffold spot took place would have a stunt spot, so it doesn’t surprise me that the company decided to follow through on that. Security kept anyone from entering the concourse area connecting Daily’s Place and TIAA Bank Field where the match was taking place. It was audibly loud when the golf cart hit the tables and of course the forklift incident. The fireworks going off during the battle royale was also strange. I believe it was from an arena on the other side of the parking lot.

Shida vs Rosa was great. I really hoped Rosa would win and that it would go another 5 minutes or so. It was really tough to follow the Hardy/Guevara debacle but these ladies did their best.

The 8 Man Tag was surprisingly good. I’m not generally a fan of big tag matches but there were some notable spots (QT’s selling of Brodie Lee’s moves early on was atmospheric). Dustin’s promo was great.

Everyone was hoping for more from the issues between Omega and Page after the match. My friend was convinced Page would be turning heel and I was convinced Omega would be the heel. It seems the latter is the direction being taken but I think having a more notable incident here, especially with a semblance of crowd to react to it, and the fact that this was a PPV event would have helped this show have a memorable moment in the right way.

The Mimosa match was a lot of fun. Kudos to Jericho for putting Cassidy over. He’s being built really well and I love the second dimension he has brought to the character. Throwing down the elbow pad for the final Orange Punch was a nice touch.

As for the main event, I really wanted MJF to win. I think in the long run Moxley winning was still correct, but MJF is far and away the best homegrown talent AEW has built so far in my eyes. I look forward to his continued progression. I could hear his yells echoing through the building during the match. His blade job was also fantastic.

The show was very long. It did not need to end at 1145. Some of the matches needed more chants and crowd response, and that just wasn’t possible with 800 people. With that said, it was nice to sing Jericho’s theme song and the crowd was very excited for the start of the Tag Title Match. Moxley giving a promo to the crowd at the end was also nice.

I’d say the biggest factor outside of the heat that affected attendees was that honestly, people were just invested in watching the matches. Looking around, I didn’t seen many people getting up and walking out during the matches. Everyone seemed fully invested and engaged in the product being presented.

I definitely hope the next PPV event is not in this setting again and they can get back to indoor arenas and louder crowds. I would 100 percent still do the experience again and really appreciate that AEW has been taking a great approach to slowly bringing fans back.

Some final notes, many attendees were not just from Florida. I chatted with a couple from South Alabama. I ran into multiple groups from North Carolina. An older male (mid 60s) flew in from Baltimore by himself. People were willing to travel and were very happy to be part of the experience. As for notable attendees, Noelle Foley and her boyfriend Frank The Clown (notable WWE superfan) were in the 100 level section. I assume they were invited by someone within the company. We did not see Renee Young but it was stated by Jon Moxley that she was there. Probably backstage.”