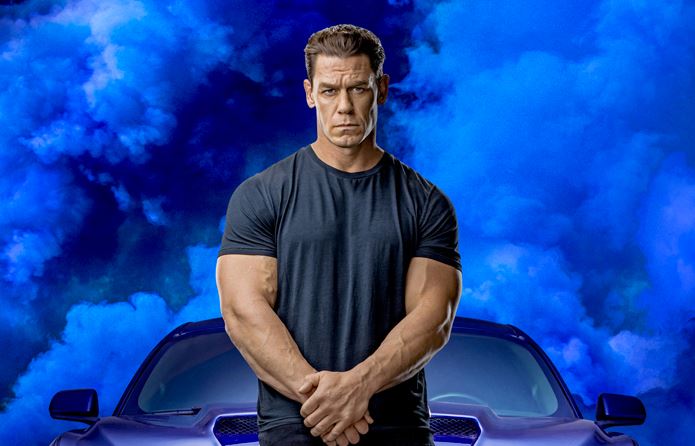 It’s now official that John Cena and Vin Diesel will duke it out in the new “F9” (Fast & Furious 9) movie.

As seen above, the official F9 trailer was released today at the special trailer drop and concert event in Miami, Florida. Stars Cena, Diesel, Michelle Rodriguez, Ludacris, Tyrese Gibson, Nathalie Emmanuel, Jordana Brewster and many others were in attendance for the party, as seen in the photos below.

The trailer reveals that Cena plays the role of Jacob Toretto, the younger brother to Diesel’s character, Dominic Toretto. Jacob apparently isn’t too fond of his older brother, and also has a connection to the returning Cipher character from the Fast 8 movie, played by Charlize Theron.

Cena took to Twitter today and commented on the battle of brothers in F9.

You can see Cena’s full tweet below, along with photos from today’s event and a few screenshots from the trailer:

Those Edinburgh stunts in #F9 are looking 🔥🔥🔥
They had better do for all the extra minutes added to my travel to work through September.
Vin and Cena scrapping at the spot of Renton’s grin. pic.twitter.com/vfVwWCnUHb