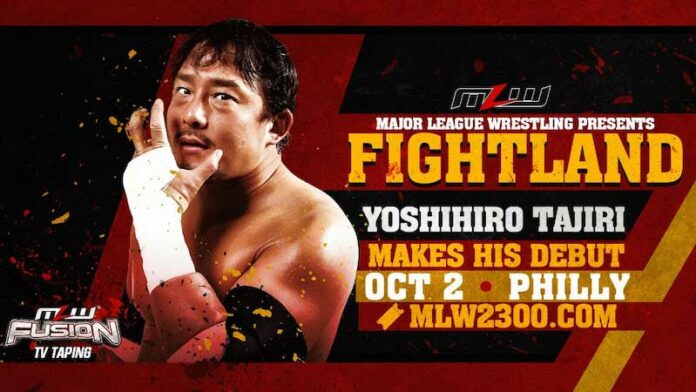 The MLW Middleweight Title will be on the line at the upcoming MLW Fightland tapings.

MLW founder Court Bauer appeared on Busted Open Radio and announced that Myron Reed will defend the MLW Middleweight Title in a Fatal 4 Way against Aramis, Arez, and former WWE Superstar Tajiri, who will be making his debut for the company.

The MLW Fightland edition of Fusion will be taped on Saturday, October 2 from the 2300 Arena in Philadelphia. Below is the current card:

Fatal 4 Way for the MLW Middleweight Title
Tajiri vs. Arez vs. Aramis vs. Myron Reed (c)

The debut of Nicole Savoy