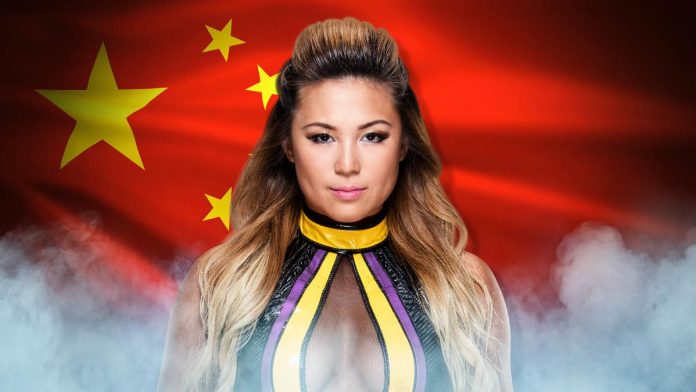 Zeda, who is among the competitors in the Mae Young Classic, made her WWE NXT television debut on this week’s show.

Unfortunately, Zeda encountered Sonya Deville, who continued her rise through NXT’s Women’s division with a decisive victory over the rookie competitor.

Here is video of the match.

Nonetheless, Zeda was excited to make her debut. Here is what she posted on social media before the show.

Having only joined the WWE Performance Center earlier this year with no prior wrestling experience, Zeda is relatively unknown. Prior to arriving in Orlando, she received wrestling training under the likes of The Brian Kendrick and fighting tutelage at the Black House MMA, the same facility where UFC legend Anderson Silva spars.

In the Mae Young Classic, Zeda lost to decorated MMA fighter Shayna Baszler in the first round.

In this video, Zeda talks about how she overcame hardships to become one of the competitors in the 32-woman tournament.

Zeda is representing China in the tournament, but her hometown is Richmond, Virginia. She graduated from Virginia Commonwealth University’s communications program, where she concentrated on public relations.