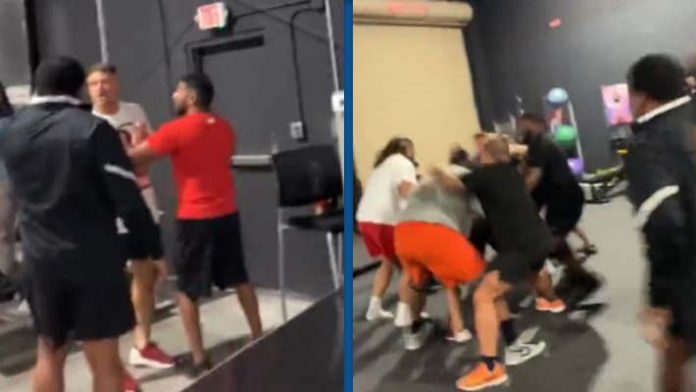 Today at the WWE Performance Center, a fight broke out.

Miss Indiana USA Alexis Lete shared a video on Instagram Stories to show fans what she’s been learning as she prepares to become a WWE Superstar. The video ends with a fight breaking out, and you can see numerous other trainers and trainees swarming in to try to break things up.

Some cool viral content from #WWENXT with PC trainee Alexis Lete vlogging on her Instagram (@ lillete) only for chaos to break out between Bron Breakker and Grayson Waller.

(Also, it's hysterical WWE has a wrestler whose real name is basically Ali Lete.) pic.twitter.com/q57guEuGBO

— Getting Over: Wrestling Podcast (@GettingOverCast) January 23, 2023

The fight was between NXT Champion Bron Breakker and Grayson Waller, and it was a unique way to promote their rematch at Vengeance Day. On February 4, Waller and Breakker will square off inside a steel cage at the Spectrum Center in Charlotte, North Carolina.

What do we have here… pic.twitter.com/3MrZRpOhhk