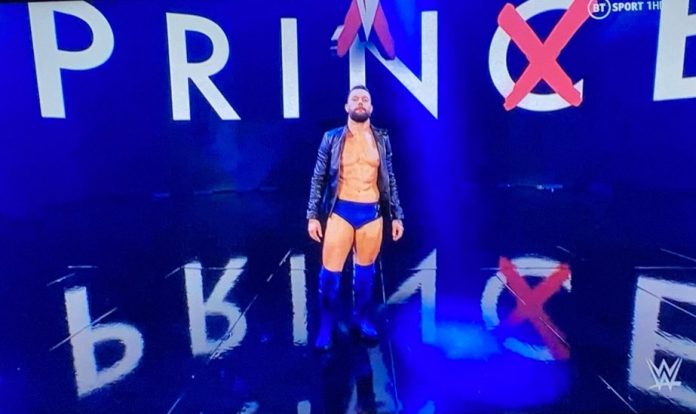 The new Finn Balor vs. Baron Corbin feud will continue next Friday night. WWE has announced a Balor vs. Corbin singles match for next Friday’s SmackDown on FOX episode from the Amalie Arena in Tampa, Florida.

As noted, tonight’s SmackDown featured a SummerSlam contract signing for a match between Balor and WWE Universal Champion Roman Reigns. Corbin attacked Balor before he could sign the contract, and laid him out at ringside. Corbin then went to sign the contract to put himself in the SummerSlam main event, but John Cena rushed the ring and took Corbin out, signing the contract himself to get the title match with Reigns in Las Vegas.

It was speculated that Balor vs. Corbin may take place at SummerSlam, but WWE later announced the match for next Friday night.