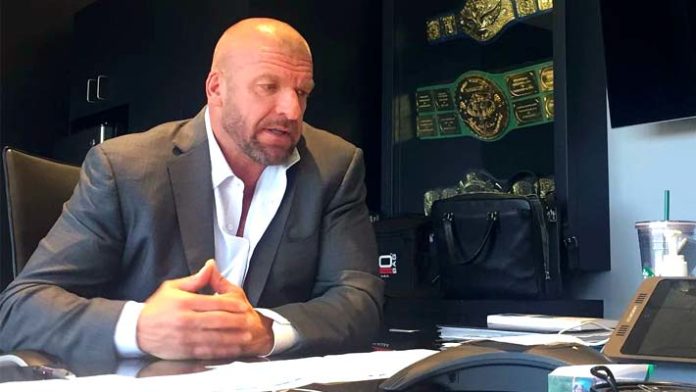 As PWMania.com previously reported, WWE announced in September that Triple H was recovering from a heart procedure.

Triple H was spotted in a video along with Vince McMahon and several other executives at the construction site of WWE’s new global headquarters. A construction worker shot the footage and uploaded it to social media.

WWE has begun the process of moving the corporate headquarters to a new location at 677 Washington Boulevard in Stamford, CT. The move was delayed due to Covid-19 and is expected to be finished in late 2022.

A construction worker shot footage of the McMahon family checking out the new WWE HQ building being constructed. Triple H was there. pic.twitter.com/Z61MxMYv5E