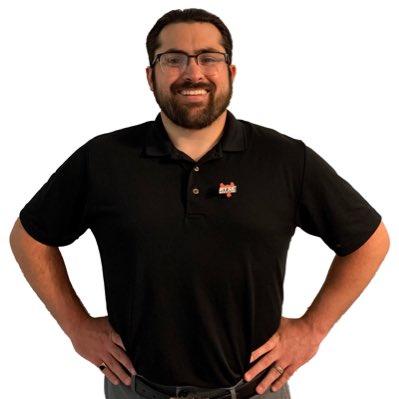 It’s often said that professional wrestling commentary provides the lyrics to compliment the melody of the narrative of the action as it unfolds on-screen. So many iconic moments that are etched into the minds of fans for decades are cemented with the perfect exclamation point of a sound byte. The audio itself isn’t meant to take center stage, but rather to compliment the moment even further, making it that much more memorable in the process.

Regardless of if the presentation is at the national stage with names like Gorilla, Ventura, Solie, Heenan, and others or at the local level of the indy circuit, the goal of an announcer is to inherently enhance the performance of those inside the ring ropes.

As a commentator in the Pittsburgh area for the past several years, I’ve made it a propriety to have the correct focus on the action and to present it in the best way possible. Unfortunately, there are times that nickle-and-dime promoters will put their cousin’s mailman on the mic to save a few bucks with the erroneous notion that anyone can do the job because “it’s just talking,” It should go without saying that this is not the case, and the ability to showcase the talent of the squared circle is a job that should be taken seriously by those that consider the true objective of a place at the desk.

As we’ve seen over the years, sometimes a former athlete can transition to the booth after their playing days are over. Joe Buck and Troy Aikman have done this successfully in the NFL for years. When he isn’t tearing it up on the vert ramp, the legendary Tony Hawk provides expert analysis for skateboarding competitions on ESPN. The same could be said for the ranks of sports entertainment, with the previously mentioned Jesse Ventura as one of the most well-known examples when blood clots forced him into retirement. He arguably became more popular with a mic in his hand than he did when he welded a steel chair as a wrestler.

That same dynamic could be true even on the local independent scene.

One such example is the Pittsburgh-based Tyler Cross, a weekend warrior that never had disillusion of grander of fame in pro wrestling, he simply competed for the love of the game.

“I never really had any major goals. I never wanted to conquer the world. I wanted to run around with my buddies and wrestle,” he explained.

Ty Cross broke into the business in 2009 when he was still a college student. Exams and studying took priority, but he jumped at the chance to learn the craft anytime he could get into a ring around the tri-state area with his circle of friends.

“I trained through KSWA and Black Diamond Wrestling, but by an individual trainer who worked with them named Vinnie Stone. The second in command for that school and the “big brother figure” was Alex Arcadian. Our training was less than conventional, but we really learned psychology early on and I think it made us smart, which really shows with the guys in our class. My class was myself, Edric Everhart, Tony Johnson, Keith Haught, and Jay Flash. That was a great groups of guys to be close to. We were the only class Vinnie and Arcadian ever trained, but I think we proved a lot when you look at what we have been able to do,” Cross said.

Ty was merely a toddler when he would wander into a Blockbuster with his family and see the colorful box art of countless pro wrestling VHS tapes lined up on the shelves. The glitz and the glamour of the spectacle of the industry hooked him as a fan for life. The florescent attire of the “Macho Man” Randy Savage, the insane energy of the Ultimate Warrior, and the icon “Hitman” Hart shades memorized him.

The reality of the pro wrestling business was much harsher and a true test to those that wanted to venture into it.

The training group stuck together, both with their bookings as rookies in the sport and their journeys to the events around the tri-state area. Keith Haught, a popular athlete that has worked the same area during the duration of Cross’ in-ring career, had a Jeep that the half dozen wrestlers would jam themselves into like a clown car at the circus with gear bags partially blocking the view of the windows. Sometimes, the crew had the chance to wrestle in front of jam-packed venues for enthusiastic fans. Other times, they performed for sparely-attended shows in the middle of nowhere for meager pay. Late-night gas station food was featured on their way back to college so they could attend classes the following Monday. It wasn’t glamours, but it was an opportunity to be a professional wrestler, which is something that Ty just couldn’t pass up.

“My early career was pretty slow moving. I’ve never been a guy that ventured out looking for big crazy national bookings. I liked having home promotions, I liked working in front of crowds who knew me and I could tell stories to. But, early on there were some rough shows. Wrestling in front of 12 fans in a run down auto garage with no heat, those were tough. But, the five us us took those bookings together, and traveling with your friends always made it easier,” Ty explained.

Cross was a gritty grappler that offered no frills or flashiness, but brought a skill set of psychology that could tell a narrative on the canvas. He found his niche in the world of independent wrestling alongside one of the hopefuls he met during those initial training sessions, his tag team partner, Edric Everhart, who continues to be a spotlight athlete in the Pittsburgh area.

“I love him with my whole heart. We got paired together in training because KSWA wanted a tag team and we looked just enough alike. We barely even knew each other at that time. Funny story, back then I was actually afraid to ask him if he’d want to be my partner. He’s always had that vibe where you can’t tell if he likes you or hates you. But I was pretty lucky, because he’s legitimately my best friend in the world,” Ty remarked.

“I managed Ty not because he was a good wrestler, he is good by any metric as well, but because of the bond we had. The entire Black Hand Society was a bond shared to this day. We all text every day. I was in his wedding. The bond we shared then and now starts with how passionate we all are for wrestling. He is smarter and more passionate than any fan would know. He gave of himself, never complained, and even at his lowest mentally and emotionally put more passion and effort than those that held him back,” added Marcus Mann, who worked alongside Cross amid a myriad of different roles during the past several years.

The duo were known as “System Elite” and became cult favorites around the West Virginia and Pittsburgh scene for several years. Sometimes they wore wacky flannels to rally the crowd, and other times they utilized their villainous demeanor to generate jeers from the audience. Their well-rounded act made them one of the most useful teams in the region, and they found their biggest success in Ryse Wrestling, a league founded by veteran grappler, Brandon K in 2016. Things went full circle for Tyler when he had the chance to become one half of the inaugural Ryse tag team champions in 2019, working alongside many of his friends under the Ryse banner, very similar to the way he started in the industry with them nearly a decade earlier.

As important as the ring with his friends was to him, there was only one thing that completely eclipsed his love of pro wrestling, which was the love of his family. Ty and his wife gave birth to a healthy baby girl, Rose in November of 2019. Despite a decade in the ring, Cross had no major injuries and didn’t want to risk his real-life work as a way to provide for his new family so he graciously bowed out from in-ring competition just a month after Rose made her debut in the world.


“Having a kid was the perfect time to cash out while I was still up instead of continuing to gamble and eventually something bad could happen. I wasn’t setting the world on fire, I wasn’t traveling to Mexico and Canada and Japan. I had my fun doing what I loved, and it was time to step back and be a dad,” Ty said.

After the COVID-19 pandemic shut the entire world down and shuttered nearly all of independent wrestling, Ty was granted an opportunity to dip his toe in another aspect of the industry, the commentary side of the action. With just a few shows at the desk under his belt, Cross looks to continue to explore this new chance presented to him as a way to stay involved in the sport.

“I feel like commentary is where I belong. I love every second of it. I have a degree in broadcasting and worked in radio for a few years. Commentary allows me to stick around wrestling, still be a part of the shows, still be a character, and hang on to just a tiny bit of spotlight to boost my ego without risking any injuries. I truly believe I’m right where I belong with a headset on, putting over people in the ring,” Cross noted.

So, Tyler Cross didn’t find fame, fortune, or glory within sports entertainment. He didn’t land a major contract or even get a look from “the big leagues,” but that was never his personal barometer for success. His time in professional wrestling wasn’t measured in dollars and Twitter followers. He marked his time in the ring with the chance to meet his best friends, entertain a paying audience, and live a small part of his dream. By that metric, Tyler Cross is very much a success story because he did it for the love of the game, and he’s not done yet.

“I’ve gotten very good feedback so far, and maybe there’s bigger things for me as a commentator than there were as a wrestler. But for me, I’m just about having a good time at a wrestling show.,” he concluded.