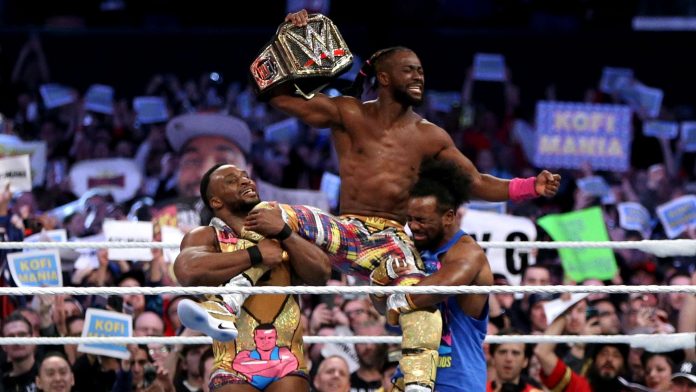 Forbes.com has picked up a report regarding the worst drawing WWE champions in history. The research was done by Twitter user @nWoWolfpacTV and recently went viral. Here is what the Forbes article noted:

Kofi Kingston and Seth Rollins are two of the most beloved stars in WWE, but they haven’t drawn well as world champions.

Wrestling statistician and Twitter user @nWoWolfpacTV recently compiled and analyzed data regarding average domestic live event attendance during the Universal title reign of Rollins and the ongoing WWE Championship reign of Kingston. He found that domestic house shows headlined by Rollins averaged just 3,334 fans, lower than Jinder Mahal’s universally panned 2017 WWE title reign. Similarly, Kingston-headlined events had, as of July 18, averaged just 2,940 fans per show, which would make him “the fourth worst drawing in company history in this regard” behind Kurt Angle, Booker T and Eddie Guerrero.

For those interested, domestically at house shows Seth Rollins Universal title reign drew an estimated 53,350 fans over 16 shows for a 3,334 average. This is worse than Jinder Mahal's WWE title reign which averaged 3,497 on a weaker brand. https://t.co/gqbstWbELv