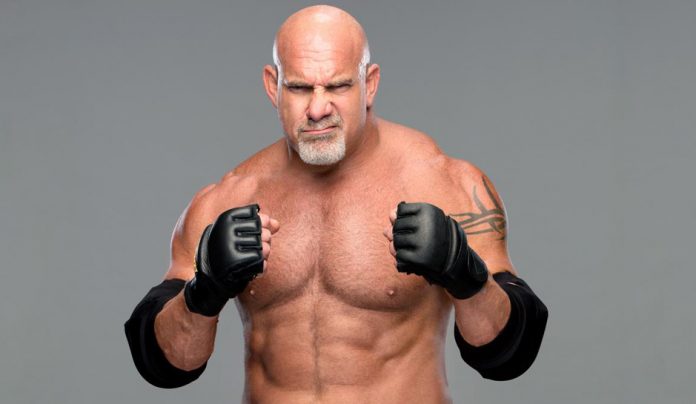 The WWE is home to some of the world’s top athletes in the world of sport today. With the majority of these wrestlers graduating from high school and college programs to become big names in the sport, a good number of them are footballers-turned wrestlers. Interestingly, some of the retired or former footballers who switched professions have gone on to become successful superstars celebrated in the world of wrestling. We take a look at some of the notable names who made a name from the football pitch to the wrestling arena. In the meantime, soccer fans can follow the PSL weekend previews to keep themselves updated.

#5. Bill Goldberg
The former defensive tackle for the Los Angeles Rams was inducted into the famous WWE Hall of Fame in 2018 after a series of impressive performances in the ring. He was the only soul to hold the coveted WWE World, WWE Universal Championship, and the WWC titles. He has the record for the longest winning streak in the professional wrestling history. He joined the WCW in 1996 after a career-ending pelvis injury while playing football for the Atlanta Falcons.

#4. Brian Pillman
The baby-faced former University of Ohio nose tackle joined the WWE world in 1986 after an impressive career. He went on to become one of the most popular WCW and WWE superstars at a time when the likes of Stone Cold Steve Austin dominated the ring. His career highlight was when he partnered with other top athletes in the Hart Foundation, and later feuded with Steve Austin who was once his tag team partner. Pillman died of heart attack in 1997 aged 35.

#3. Ron Simmons
Also popularly known as Farooq, Ron became a member of the WWE Hall of Fame in 2012. He became the first African-American to win the WCW world title, and would later go on to hold several WWE tag team titles with Bradshaw.

Ron had also been inducted into the College Football Hall of Fame after his amazing career with Cleveland Browns and Florida State. He ended his football career in the USFL before trying his hand in the ring.

Previously, Duggan played college football at SMU before signing for the Atlanta Falcons. A recurring knee injury forced him off football, paving the way for superstardom in the WWE space.

#1. Van Vader
The late Van Vader will go down as one of the most successful professional wrestlers of our time. He was known as a monster on the WWE ring, and a legend in Japan where he won the AWA and WCW championship titles. Not before long, he is expected to be inducted in the WWE Hall of Fame.

In the football world, Vader was known as Leon White. He played for the University of Colorado in the center position before moving to the Los Angeles Rams. A ruptured patella spoilt his rookie season when he retired to become one of the greatest WWE superstars as Big Van Vader.