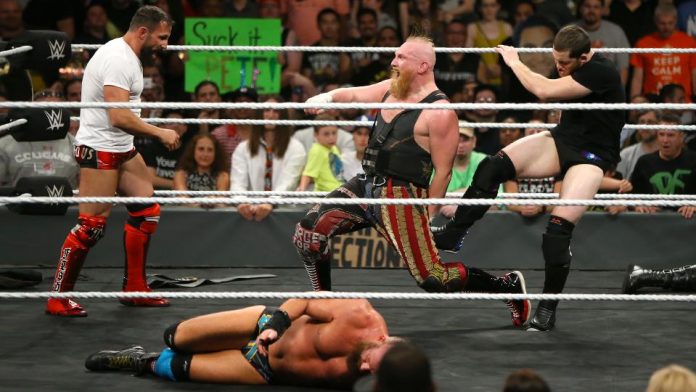 Below is video of Kyle O’Reilly and Bobby Fish attacking the two teams and leaving them laying. They made it clear that they are coming for the NXT Tag Team Titles. The two recently made their NXT TV debuts with singles losses to Aleister Black.

Below are clips from Saturday night’s attack at Takeover: