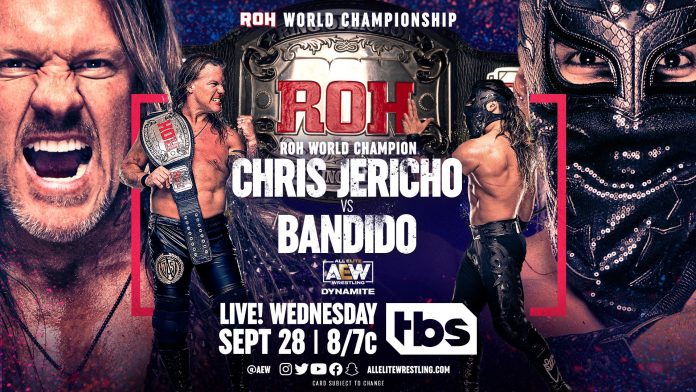 Last week on AEW Dynamite: Grand Slam, Jericho defeated Claudio Castagnoli to win the ROH championship. AEW previously announced that Jericho would be celebrating his championship victory on this show.

Bandido was defeated by Jonathan Gresham in a match to determine the undisputed champion at ROH Supercard of Honor this past April. Gresham defeated Jay Lethal at ROH Final Battle to win the Original World Title after Bandido, the reigning champion at the time, was forced to miss the event due to COVID-19.

Here is the current card for this week’s show: