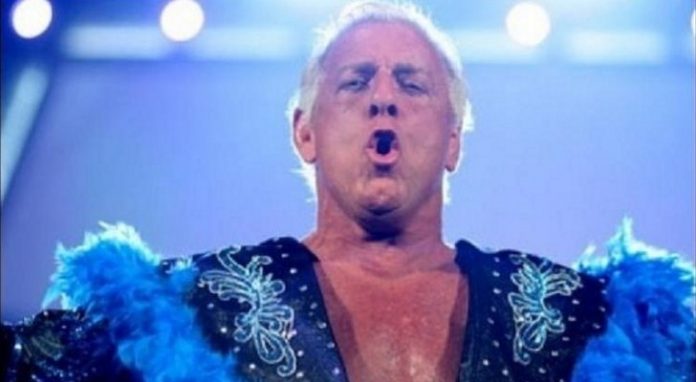 As PWMania.com previously reported, 73-year-old Ric Flair is training to make an in-ring return as he plans to come out of retirement. Former WCW announcer Chris Cruise reacted to reports and wrote the following on his Facebook page:

“Hey you rubes, I screw around here a lot, but this is serious: Ric Flair should not be allowed to wrestle. Some reports indicate he has been working out with Jay Lethal in preparation to returning to the ring. He can’t be stopped from doing so in states that don’t have athletic commissions and licensing protocols, but insurance companies can step in and refuse to issue a bond to a promotion that books him. And for those states that do have commissions, they should be contacted to demand that they not allow Flair to wrestle. Simply put, Ric Flair returning to the ring is not wise. No how, no way. He’s 73, in poor health, an alcoholic, and has a pacemaker installed.

Today I emailed the following to the Maryland State Athletic Commission, since I live in Maryland, and will contact other commissions as well. I would encourage you to also email the commission (athletic@dllr.state.md.us) and urge its members to deny Flair a license. It won’t take long, and could help keep Flair alive. Here is the email I sent:

To the Commissioners of the Maryland State Athletic Commission:

Recently, published reports indicate the professional wrestler known as Ric Flair, who is 73 and has a pacemaker, is considering returning to the ring. Obviously, that is not wise. It’s almost as if he wants to die in the ring.

I am writing as a citizen of Maryland to express my concern about the prospect of Mr. Fleihr being granted a license to wrestle in this state. I’m sure you understand how disastrous it would be for the Commission if he died in the ring during a performance for which you granted him a license.

I’d like to know what standards the Commission has for granting a license to a professional wrestler. Is a physical examination required? Are athletes over 70 and who have a pacemaker installed allowed to wrestle professionally in Maryland?

I look forward to your reply.”