Former Women’s Champion Debra “Madusa” Miceli posted a photo of one of her WWE royalty checks on Facebook last night. She since deleted the post but the photo remains. The photo shows that WWE recently paid Madusa $305,563.46 in royalties. It provides an interesting look at how WWE pays past performers.

The check is legit but people are wondering if she was really paid $305,000 or if that’s how much the DVD’s listed made. Madusa’s comments on her Facebook indicate that she received that much money from WWE. She said after taxes, she will see “next to nothing” of that $305,000. Hopefully we get some kind of clarification soon.

* She was paid $39,921.21 under a “Direct Video” category for her appearance in what appears to be WWE’s Top 50 Most Shocking Moments DVD. 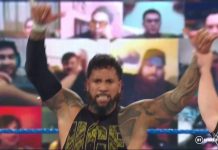 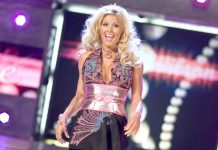 Photo: Torrie Wilson Shows Off Her Backside At The Beach