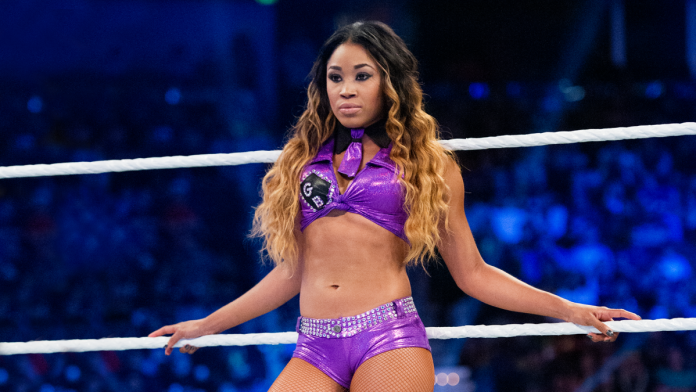 Former WWE star Cameron (Ariane Andrew) has released a new music video for the Damon Sharpe remix of her “Born With It” single.

Sharpe is an award-winning producer who has worked with stars such as Jennifer Lopez, Pitbull, Ariana Grande, NKOTB, 98 Degrees, Kylie Minogue, Nelly and many others. Cameron posted photos of the two to Instagram, which you can see below with the music video.

Cameron was with WWE from April 2011 through May 2016. She made her AEW debut on the July 29, 2020 Dynamite show and ended up teaming with Nyla Rose in the AEW Women’s Tag Team Cup tournament, but they lost to Tay Conti and Anna Jay in the opening round. Cameron has focused more on music than wrestling since leaving WWE.