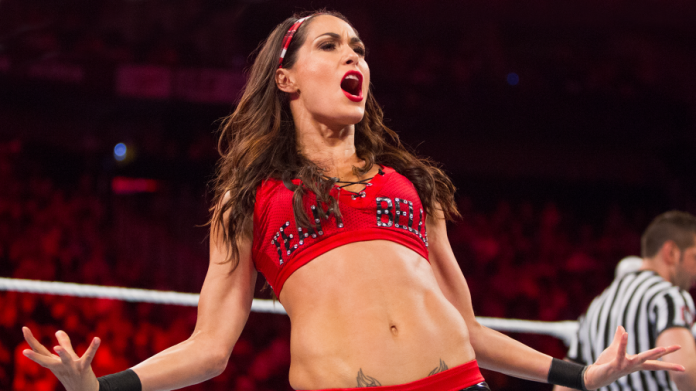 Brie Bella will compete on “The Real Dirty Dancing” series that begins next month on FOX, according to Variety.

The special event series will premiere on Tuesday, February 1 at 9pm ET on FOX. The remaining episodes will air on February 8, February 15, and February 22 in the same 9pm timeslot.

Bella will be joined by Corbin Bleu, Tyler Cameron, Cat Cora, Howie Dorough, Antonio Gates, Loni Love, and Anjelah Johnson-Reyes as they “fully immerse themselves” in the ultimate “Dirty Dancing” experience in hopes of becoming the next Baby and Johnny, who are the characters played by Jennifer Grey and Patrick Swayze in the classic 1980s movie. The show will be hosted by Stephen “tWitch” Boss.

The Real Dirty Dancing, which FOX ordered last fall as part of its 2021-2022 programming line-up, is set at Mountain Lake Lodge in Virginia, which is the real location for the film’s fictional Kellerman’s Lodge. The series will follow the 8 aforementioned celebrities as they partner up and learn iconic dance routines from the movie, and recreate its classic scenes, including the legendary lift. The show will include music and fashion that reflects the original film’s take on the summer of 1963. There will be special guest judges who help decide which celebrity couples make it through, and which couple gets “put in a corner.” The series will end with one man and one woman named the winning Baby and Johnny, crowned champions of The Real Dirty Dancing.

FOX included the following bio on Brie with their show press release:

“Brie Bella is an entrepreneur, philanthropist, executive producer, New York Times best-selling author, motivational speaker and WWE Hall of Fame Inductee. Bella debuted on ‘SmackDown’ in 2008, became Divas Champion in 2011 and was named Diva of the Year in 2013. Bella and her twin sister, Nikki, were inducted into the WWE Hall of Fame in 2020.”