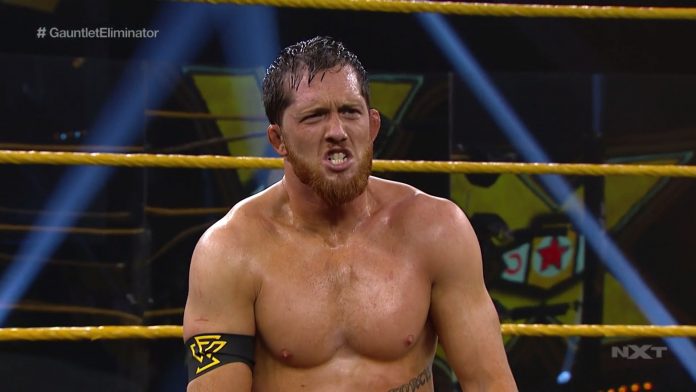 After years of seeing the term “potpourri” used on Sean Oliver’s Kayfabe Commentaries Youshoot production, I always wanted to find a way to use it in a column so this is a way to justify the title of this article. One of the many things that Brian Pillman taught us was that vocabulary words and their use in professional wrestling are important. The particular potpourri to be discussed here is the continued mixture of free agents that have hit the market, based on WWE releases or simply contracts that are set to expire.

Don’t get me wrong, it’s always a very nice moment when a hard-working independent wrestler gets the contract offer to make the jump to national television, and when an underutilized talent gets a chance to show their true potential on another platform. Eddie Kingston and Miro are great examples of this respectively. However, the harsh reality of the business world is that all of those releases or contract offers translate to dollars and cents on a page. Aside from the financial side of the deal, the ability for a promotion to use each talent effectively depends on many factors, which could be something as trivial as if there’s enough space on the roster. Among the few criticisms of All Elite Wrestling is the very bloated roster, and again, while it’s great to see competitors land a major contract, it also becomes very easy for athletes to get lost in the shuffle, which makes at least a portion of the opportunity to sign a national deal moot.

So, among the current rumored or actual free agents on the market, what wrestlers should AEW consider to add to the roster?

PWinsider’s Mike Johnson, one of the most accurate pro wrestling journalists, reported that NXT star, Kyle O’Reilly’s contract is expected to expire next month. At 34, the former member of the Undisputed Era is in the prime of his career and while he doesn’t have polished mic skills, he can still cut a decent promo. The bottom line is, O’Reilly can go in the ring and would be an asset to any major organization in the industry. If I had to guess, I would say that his WWE future depends on what he wants from his career at this point. As I wrote about NXT when more than a dozen wrestlers were released and the brand was repackaged, anyone still on the roster from the Triple H regime is more or less typecast into a role on the third-tier brand because otherwise they would’ve been released or brought to the main roster before the launch of NXT 2.0 a few months ago.

The easy answer, specifically because of his style, would be for O’Reilly to make the jump to AEW, and sometimes the simplest answer is the correct decision. When Bobby Fish was released, and Adam Cole opted not to re-sign, it was clear that their era on NXT had concluded. If O’Reilly stays under the WWE banner, he would mostly be considered a secondary player on a third-tier brand, and he definitely has more to offer to the sport than that. Unless O’Reilly wants to consider a full-time spot with New Japan, which might be a possibility, a switch to AEW would provide him with more options for his career, specifically if Tony Khan wanted to use the history of the Undisputed Era for angles.

Speaking of Bobby Fish, he recently inked a deal and made his debut with the organization. He also had a very good match against CM Punk on Rampage. Fish is a guy that is a polished pro and brings depth to any roster. That being said, Fish is already 45 so it goes without saying that he’s in the latter stages of his career. As far as a utility wrestler on the roster, and that’s meant as a compliment, Fish can get the job done, but how far he can go up the card appears to be limited with an organization that by nature has to build for the future.

Kalisto, who spent much of his WWE tenure in 205 Live purgatory, worked a match with Aero Star against FTR this past week on Dynamite. Obviously, Kalisto has talent, but after he spent the past several years so far under the radar in WWE, he doesn’t offer much in the way of name value, and quite frankly, there are already better luchadors on the AEW roster so there doesn’t seem to be a realistic spot for him in the company other than this one-off appearance.

Another competitor that was in the witness protection program of 205 Live in recent years was Tony Nese, who signed an AEW contract a few weeks ago. I have to be honest, all things considered, I don’t see what Tony Nese brings to the table that others already on the roster contribute in a better fashion. That’s not a personal jab against Nese, I’m sure he’s a nice guy, but from strictly a business perspective, what does he bring to the company that isn’t already there? Sure, Tony Nese is a great athlete, but there are many great athletes in AEW. He’s not particularly charismatic, known for his mic work, or has an measurable degree of star power so was it really necessary to sign him?

I was very surprised to read that Juice Robinson, who opted to leave NXT years ago to pursue a career as a young lion in the NJPW dojo, might leave New Japan when his contract expires in January. As mentioned, Juice, despite some recognition from his NXT stint, started at the bottom of the New Japan dojo to work his way up the ranks. He gained a level of popularity in Japan, but spent most of the pandemic era in the United States to work with Impact Wrestling and NJPW Strong. I’m also somewhat surprised that Juice hasn’t had a more prominent spot in New Japan because it looked like he was going to get a push further up the card after he won the IWGP US title, but it didn’t really materialize. Instead, he worked as a tag team with David Finlay, and they had a run as the Impact tag team champions. Hopefully, Juice will re-sign with New Japan because he has a lot of talent, but the American landscape is very crowded so unless an American organization offers him better money, it might be wise for him to continue his career in New Japan.

As I’ve written before, Tony Khan and AEW as a whole have a certain level of good will with the fans because Tony Khan didn’t have to invest into a pro wrestling company. He could’ve bought an island and sipped on lemonade, but he funded the All Elite project to try to improve the business. Obviously, the audience and the talent can appreciate that. The other side of the coin of being a promoter is sometimes tough decisions have to be made, even for a passion project. Granted, WWE rightfully received a lot of criticism when they released dozens of wrestlers during the pandemic while the company touted record-setting revenue on conference calls. But, WWE gets flak on social media anytime there are releases, some of that it justified, while more often than not, there are jaded fans that want to score social media points with criticism toward WWE. No Way Jose all the sudden had a lot of fans after he was fired. I know some will cite the Youtube shows are a way to get talent exposure, but let’s be honest, anything on Youtube is mostly cannon fodder, and in my view, the value for those broadcasts is allowing younger talent to get experience, not necessarily a platform for exposure. Dynamite and to a somewhat lesser extent Rampage are the stages where stars can be made for AEW. With the addition of more talent, Tony Khan will eventually have to at least consider making some cuts to the roster because otherwise, there are several wrestlers that could get lost in the shuffle for the company.