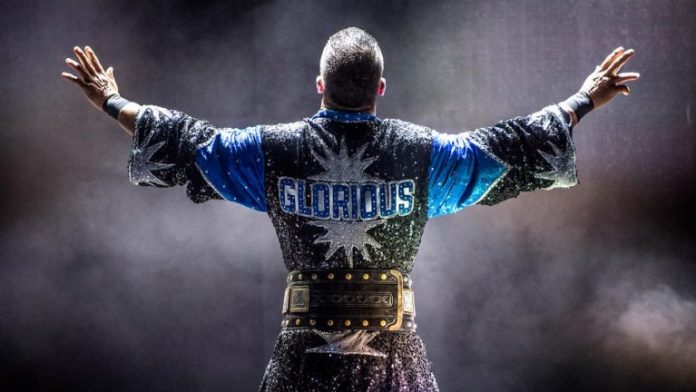 – As noted, Chad Gable and Shelton Benjamin won a Fatal 4 Way on tonight’s WWE SmackDown to become the new #1 contenders to SmackDown Tag Team Champions The Usos. In the video above, Gable says he’s learned very recently to take advantage of opportunities like these and he knew they both would be on because this is what they’ve been waiting for. Benjamin says they’re here to be champions and The Usos may have said they are locked in the Uso Penitentiary, but actually The Usos are locked in with them.

– Dolph Ziggler vs. Bobby Roode in a rematch from WWE Hell In a Cell has been announced for next Tuesday’s SmackDown episode.

– The Rich Swann vs. TJP match on tonight’s WWE 205 Live was changed to a 2 of 3 Falls match, which saw Swann score a sweep at 2-0. Below are videos and photos from the match:

The FIRST FALL is in the books as @GottaGetSwann bridges over @MegaTJP's attempted #Kneebar to go up 1-0! #205Live pic.twitter.com/4Afn9O3v43

There's no doubt @MegaTJP is FEELIN' himself as he tries to bounce back in this #2OutOf3Falls match RIGHT NOW on #205Live! pic.twitter.com/k1fBqXTfNV

The #Kneebar is LOCKED IN by @MegaTJP…
Can he even the score in this #2OutOf3Falls match?! #205Live pic.twitter.com/Kp8cXQJWCc