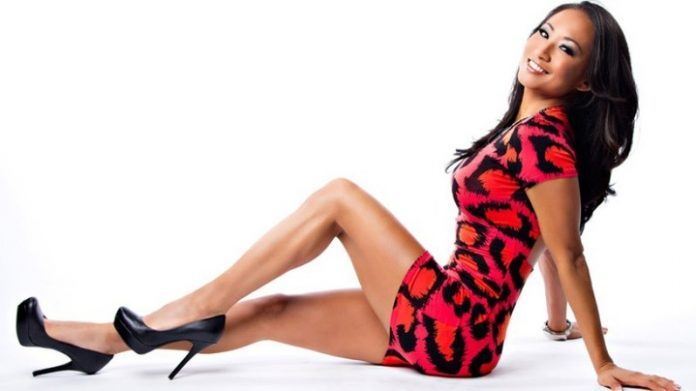 Gail Kim made an appearance on “Stories with Brisco and Bradshaw” to discuss a wide range of topics.

During it, she recalled being released for the first time by WWE in 2004 after joining the promotion in 2002.

“I just remember being shocked because literally, I was working so hard in the ring and I was improving. I actually started noticing that the crowd was starting to notice that. Fit (Finlay) liked all the work too,” Kim said.

“So, they turned me heel. Literally, it was Monday Night RAW and I had been working on pre-tapes, which, okay, I sucked at promos. I can admit that to this day.”

“I was working with Paul Heyman and Dave Lagana in the pre-tape room, in the interview room. We were doing heel promos. That must have been the test, I guess, and Vince must have seen that. Literally, we started the storyline on RAW that night. I did a run-in and beat up Lita, and the next day I got fired. So it was very confusing to me that I started this turn and I had been improving, and then I got fired.”

“I remember Johnny (Laurinaitis) calling and said, ‘We have to release you’, and he just wanted to hang up. I was like, ‘Wait, hang on. Can you tell me why?’ He said, ‘We’re going in a different direction now’, which they did, to be fair. It was me, Nidia, and Jazz who got fired in that group. My passion was killed, like, literally killed.”

“Normally, if you get released or fired, you get tons of Indie booking requests. I didn’t take one booking. I did not make the most of that. I sat back and was like, ‘I don’t want to wrestle anymore.’ I took some time for myself. I started going to stunt work a little bit and I didn’t love it. The physical part was almost the same, but it wasn’t fun,” she shared.”

Kim then recalled going to work for TNA Wrestling after her first WWE stint was over.

“I did an Australian tour. I did take one booking in Australia and Korea. Australia was mostly Jeff Jarrett and Scott (D’Amore) and the TNA crew and it was right before they were going to start on Spike TV and we had a fun tour.”

“Scott called me up and said, ‘I know you quit wrestling for the most part, but Jeff really loves what he sees in you, and we would love to start a women’s division soon. Would you be interested?’ I said, ‘I’ll drive down to Universal and check it out.’”

“There were all the people I started off in the Indies with like Bobby Roode, Petey Williams, and Eric Young. I got this weird adrenaline rush of passion that came back to me that day and said, ‘I would love to do it.’”