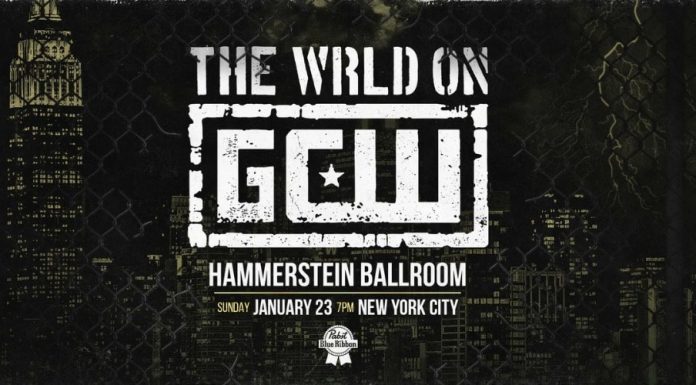 GCW has announced a Grab The Brass Ring Ladder Match for Sunday’s The Wrld On GCW pay-per-view. The winner of the GTBR Ladder Match will be able to choose any match they want, at any time. The participants will be announced later tonight.

GCW has also announced that veteran pro wrestler B-Boy will return to the promotion this Sunday. There’s no word on who his opponent will be, or if he will be working the ladder match. B-Boy has not worked for GCW since losing to Chris Dickinson at Slime Language on November 8, 2019.

B-Boy, who has been away from pro wrestling since early 2020 for the most part, tweeted on the return to action and thanked GCW.

“Been holding on to this and now I get to share. It’s been a long 10 and half months.. Thank you @GCWrestling_ for allowing me to take part and help during my recovery process. Now.. I can now say, I’m going to Hammerstein! It’s time to work,” he wrote.

The Wrld On GCW pay-per-view will be held this Sunday, January 23 from a sold out Hammerstein Ballroom in New York City. Here is the updated card-

Grab The Brass Ring Ladder Match
Participants TBA
Winner can choose any match at any time.

Jeff Jarrett vs. Effy (to be announced asap)