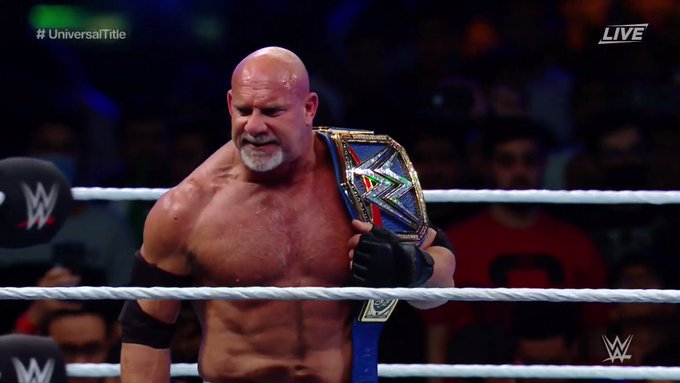 The main event of today’s WWE Super ShowDown event from Saudi Arabia saw Goldberg defeat “The Fiend” Bray Wyatt to capture the title. Goldberg hit 4 Spears but that wasn’t enough to get the win. He fought off a second Mandible Claw and delivered the Jackhammer to get the win.

Goldberg is now a two-time WWE Universal Champion. The Fiend won the title back at Crown Jewel in October 2019, by defeating Seth Rollins.