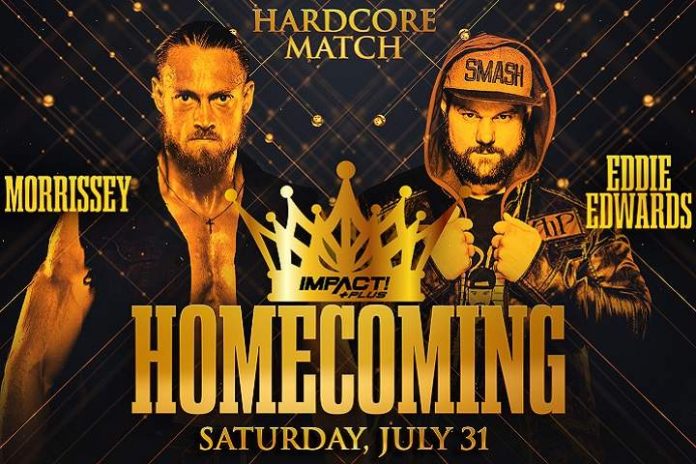 Eddie Edwards vs. W. Morrissey in a Slammiversary rematch has been announced for the Impact Homecoming special on Saturday, July 31. The match at Homecoming will be a Hardcore Rules match.

Last Saturday’s Slammiversary event saw Morrissey use a chain on Edwards, then finish him off with a powerbomb to remain undefeated. The rematch was made official on last night’s Impact episode as the two brawled in the parking lot with various weapons, which ended with Edwards chasing Morrissey away with kendo sticks.

The Impact Homecoming special will air on Saturday, July 31 from Nashville, and was taped earlier this week. It will be an Impact Plus exclusive event. Below is the current announced card: