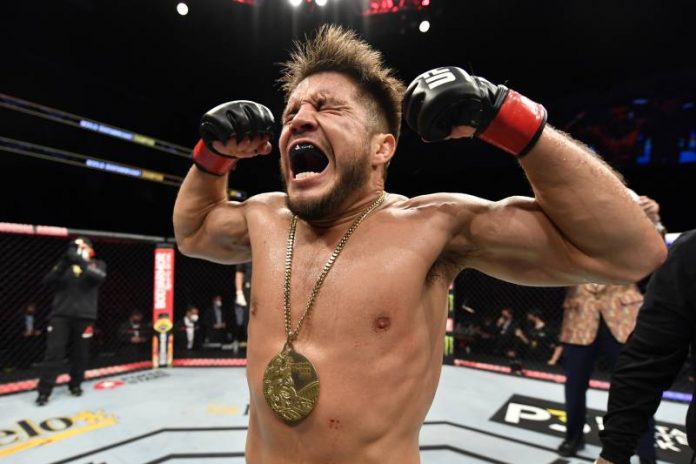 As seen during last night’s UFC 249 pay-per-view event, Henry Cejudo successfully defended his title against Dominick Cruz and then shocked the world by announcing his retirement.

Following the fight, he was asked about possibly appearing in WWE similar to what Ronda Rousey and Cain Velasquez have done after they retired from the UFC. He said,

“I would love to do an appearance. But the stuff they do in WWE, s**t, I would love to beat up on Rey Mysterio. He can bend the knee too. And Kurt Angle.”

CM Punk saw the comment and tweeted the following:

.@HenryCejudo going to be on RAW Monday. @VinceMcMahon gonna put him under a hood and call him the Corona Kid. @ufc #UFC249