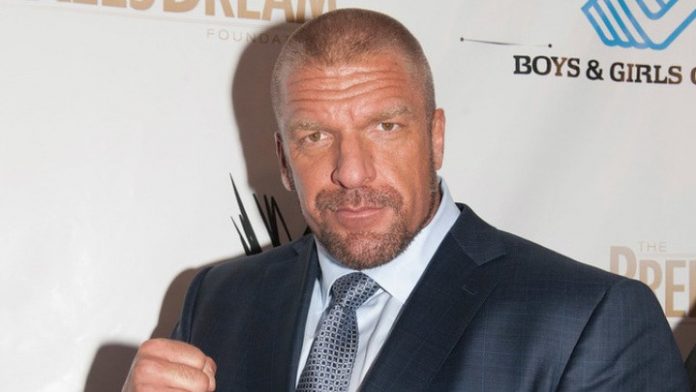 – Above is the latest episode of WWE’s “My First Job” with Carmella talking about when she worked at a video store.

– WWE has a new poll asking fans which Superstar has done the most to grow the women’s revolution – Charlotte Flair, Sasha Banks, Bayley, Becky Lynch, Emma, RAW Women’s Champion Alexa Bliss, Carmella, WWE NXT Women’s Champion Asuka, Nikki and Brie Bella, SmackDown Women’s Champion Natalya or other. As of this writing, 30% voted for Flair while 17% went with Banks, 12% for Bliss, 12% for The Bella Twins, 6% for Asuka, 6% for Emma and 5% for Becky. The rest received 4% or less.

– As seen below, Triple H is spending the day at ESPN to promote The Mae Young Classic. Stay tuned for highlights from the various appearances.

Seated and ready to talk #MaeYoungClassic with @LisaKerneyESPN at @espn on @SportsCenter … LIVE soon! pic.twitter.com/spB1tG0KFL