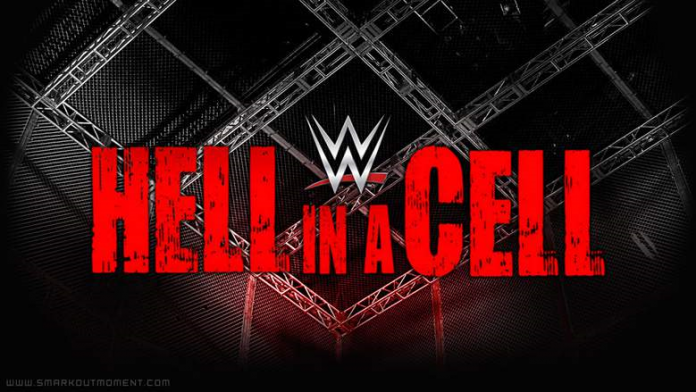 The HIAC pay-per-view, a Raw brand exclusive, will air live on the WWE network and the event was promoted this past week on Raw as a show with three main events. Those “main events” are all matches to take place inside the cell, a structure that at one time was a rare spectacle to peak certain feuds.

However, as seems to be the case with almost every gimmick in pro wrestling, the cell was overused and thus, the gimmick was watered down. I’ve always said that gimmick type of pay-per-views will cheapen the actual stipulations, which became even more prominent when WWE bass added more gimmick shows to the calendar. There’s a PPV for cell matches, TLC matches, MITB, extreme rules, etc. The problem with that concept is, the matches that are booked for the stipulations aren’t booked because it fits the feud, but rather the show with a certain stipulation is on the calendar. As mentioned, this isn’t a new predicament in sports entertainment either, especially when you consider that a cage match used to be the most barbaric stipulation possible. Granted, as the business evolves, there are times that you can push the envelope, but you can certainly get more from a well booked angle than using a random gimmick match to sell the show.

That being said, sports entertainment has reached its current state and three cell matches will be presented on one show, but do these matches justify the cell?

The US title match is the glaring error here from the booking team, as they want to keep Roman Reigns relevant with the United States title, a type of consolation prize since he didn’t get over as WWE champion. While it’s understandable that management wants to do what they can with Reigns because of the amount of time they invested in him previously, there’s really no reason that Roman/Rusev should be inside the cell. Keep in mind, the fan reaction to Reigns continues to be lukewarm at best and it’s not as though Rusev is getting major heat weekly either so there’s not much to build in terms of a heated rivalry. It seems like Roman was booked for the HIAC match simply because the WWE is trying to continue to spotlight him in some form or fashion on every PPV, but if the fan response doesn’t justify it, does it really matter? If I had to guess, I would say that the Roman/Rusev contest gets a mediocre reaction and it will probably hinder the momentum of the event.

The WWE Universal title match is an interesting one because it combined the injury to Finn Balor with the storyline that Kevin Owens is the chosen champion, which was a great decision, especially since management had to call an audible after the unfortunate Balor injury. There’s a lot of different angles that can be developed from this whole scenario, but rushing this match-up into a cell just because it’s the current PPV does nothing to add to it. It should be noted that the Jericho/Owens dynamic is extremely entertaining and Jericho’s involvement has helped establish Owens as a more prominent star on the show. Speaking of Chris Jericho, I have to say that his current run is a prime example of the stellar performer that he is and his ability to adapt to the current product whenever he returns to the company speaks volumes to his talent. Despite all the praise, Y2J still might not completely get the credit he deserves, but just to put it in prospective, he kept up with Seth Rollins in the ring, one of the best young stars of today. At 45, Jericho can still go and he’s as good now, if not better than he was previously in his career. Back to Rollins/KO, there hasn’t been enough build up to justify the cell match and even if these two use the HIAC to make the match memorable, where does the feud go from here? If KO drops the title, which probably won’t happen yet, there will be a rematch so what do these two do to try to top a potentially great cell match? If they don’t use the cell at all, why book the stipulation? But, at the same time, if Rollins is taking bumps into the fence, won’t the rematch next month fall somewhat flat? This is the reason why HIAC was booked at the conclusion of a feud so that there wasn’t the obstacle of trying to top it during the next match in the series. I expect this to be a solid match, but it just seems out of place to rush it into a HIAC match when the feud could be built up further.

The women’s title match is probably the only contest on the card that actually justifies the HIAC stipulation, as it’s an extensive feud and the historic aspect of the first women’s bout inside the cell goes along with the women’s revolution that was promoted. I’ve read some criticism online that it’s too dangerous to book women in a HIAC match, but they are professionals and skilled athletes. Plus, there’s a risk for anyone that performers in pro wrestling so the viewing audience shouldn’t be more concerned for this match than they are during any other cell match at the show. In truth, this one should the main event, mostly because it’s a history making bout, but it probably won’t, which could lead the momentum of the show going flat depending on how the rest of the card is booked. As mentioned, this is really the only match that justifies the gimmick so it will be interesting to see how the show is presented and if there are any flat points during the pay-per-view.

Maybe I’m being too cynical here, but I just don’t think there will be a situation where you can logically book three cell matches at one event. If you think back to the video packages that hyped The Undertaker/Shawn Michaels, the well produced vignettes made it seems like it was a truly dangerous match, and then Mick Foley proved that it was a truly dangerous match. When Mankind took the 15 ft. plunge for the top of the cage and risked his life in the process, an aura was created around the match. Nobody has ever topped it and they won’t, but the point being, the gimmick was established as truly dangerous. Since Foley crashed through the Spanish announce table, they have been dozens of other cell matches, and a few of them worked well while others diluted the aura that Mick established for the stipulation. When Mick “retired” in 2000 after a cell match, it worked well since it had previously cemented his legacy. Triple H and Chris Jericho had a memorable match in 2002, as did Lesnar and The Undertaker that same year.

That said, if Sasha/Charlotte were the only cell match on the card, it would further spotlight the historic match. The gimmicks on this card are essentially being used as a substitute for well booked angles, management can’t get the crowd behind Reigns so let’s put him in the HIAC to give him a featured bout at the PPV. The stipulation can add the sizzle, but the argument can be made that there’s not much substance for this event. The bottom line is, one HIAC match on this show would mean a lot more than three “main events” as it would stand out, especially since the women’s bout is historic.