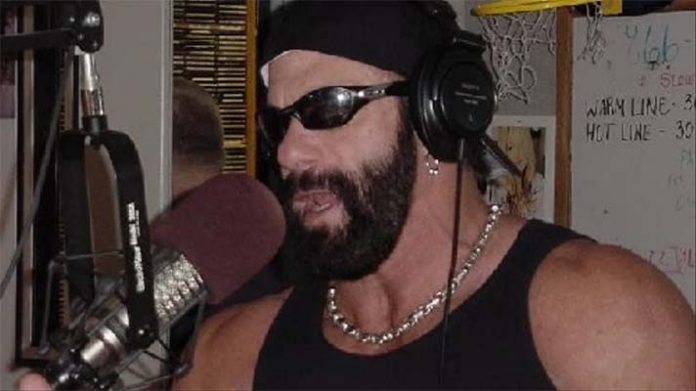 If you ask me what my favorite things are, two of them will be music, and wrestling. Hip-Hop has always hit me the same way that a big wrestling show has. With the flashy characters, bright lights, the showy performances, and aggressive nature, you can’t take your eyes off either. In my opinion, Hip-hop culture, and professional wrestling go together like Vince McMahon and fart jokes.

Everyone knows the impact that things like the song “Ric Flair Drip” or the event “WALE mania” have had on the hip-hop/ Wrestling culture, respectively. WWE held a smackdown from the biggest hip-hop festival in the world, “Rolling Loud,” last year. This is a constant thing that keeps evolving from all different directions. “I’m hot-scorching, but Stone Cold like Steve Austin/If you smell what Tical cooking, ain’t tryin’ to see central booking” is a line by the great scholar Method Man of the hip-hop group “Wu-Tang Clan.” This line was at the peak of the attitude era in 1999 on the song “Blackout.” 1999 was a pivotal year for hip-hop and wrestling. Napster was just coming to the forefront of the music industry, changing how we listened to music forever. The attitude era was changing the game, forging the way we watch wrestling today.

I don’t think we can talk about the similarity between hip-hop and professional wrestling, without mentioning guys who were wrestling superstars who also put out rap albums! That’s right! The musical geniuses John Cena, and Macho Man Randy Savage blessed us with two historical masterpieces. Macho Man Randy Savage dropped the heat with “Be a Man” in 2003, which held us over until 2005 when John Cena dropped “You can’t see me,” which still bangs to this day, no joking, it’s still pretty good.

New York rapper Action Bronson is a guy who has never been ashamed to be arm and arm with professional wrestling. If you have been keeping tabs with All Elite Wrestling lately, you may have heard the entrance music of HOOK, and thought, “wow, that’s a solid tune” that tune is Action Bronson’s “The Chairman’s Intent.”

Dating back to 2011, with his album “Dr. Lecter, the rapper who nicknamed himself “Bam-Bam” (like Bigelow) even had a song titled “Barry Harowitz,” which is a deep cut that wrestling nerds like myself appreciate.

To just dole out some of my favorite Action Bronson wrestling lines.

In “Latin Grammy’s,” we hear” Black trench like the ‘taker / Black tint, so they can’t make us’ shouting out The Undertaker

“I’m Middle Eastern, Iron Sheik with the Cobra Clutch” from his 2011 mixtape “Well done”
And we can’t forget

“I been fly since the Big Bossman feud with the Mountie,”

Hip-Hop and Wrestling should always go together, I wouldn’t have it any other way, if I’m listening to a Conway The Machine, Westside Gunn, or Smoke DZA album, and I hear the name of a wrestling move, or the name of one of my favorite wrestlers in a lyric I pop huge every time. The most important thing is that rappers show genuine love for the business. Snoop Dogg, Bad Bunny, and MGK have all gotten physical with wrestlers and shown respect to the art form. Bad Bunny is one of the best celebrity performances in a Wrestlemania ever. You can listen to U2, Coldplay, or whatever rock band you please, and you’ll have trouble finding a wrestling lyric, not saying one is better than the other, but it’s the lifestyles, and presentation that make these two married. If I hear that an Action Bronson album just came out, I’m folding quicker than Baron Corbin getting beat with a roll-up pin.

Wrestling and hip-hop just go together, and they help each other, and I’m a fan of both, so anything that helps either industry I love. Guys like Peter Rosenburg have shown that you can be a superfan of both, Roseburg hosts the pre-show on WWE’s Pay-Per-Views and is on New York’s biggest hip-hop radio station, “Hot 97” with “Ebro In The Morning.”

Embracing hip-hop culture is excellent for the business, which is the most important thing. The way that Vince McMahon embraced the “Rock and Wrestling” phase in the 1980s could be even more influential with hip-hop nowadays. Rappers largely influence the culture, and rap music just take a look at film, and pop culture in general the debris from the explosion that is the hip-hop culture is evident everywhere.