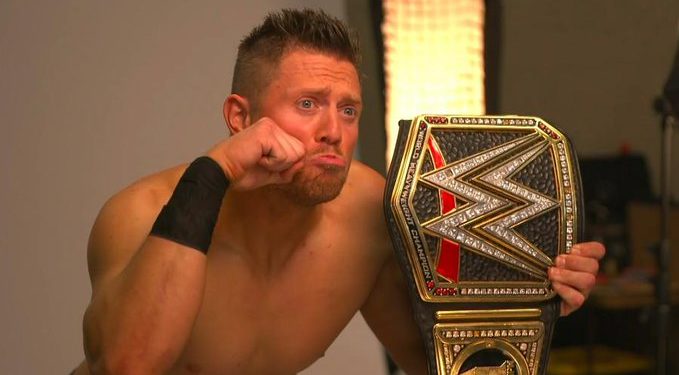 New WWE Champion The Miz made history with his Money In the Bank cash-in on Drew McIntyre at Sunday’s WWE Elimination Chamber pay-per-view. Not only did The Miz become a two-time WWE Champion, he also became the first-ever two-time Grand Slam Champion in company history.

Several Superstars are close to joining Miz as a two-time Grand Slam Champion. WWE Hall of Famer Edge and Seth Rollins are one more United States Title win away from joining the elite club, while Rey Mysterio and Kofi Kingston are a second WWE Title win away from the accomplishment.

Sunday’s win also marked the second successful Money In the Bank cash-in for The A-Lister, coming more than 10 years since he cashed in to win the WWE Title from Randy Orton on the November 22, 2019 RAW.

As seen below, Miz took to Instagram after his big win and wrote, “You deserve it! [clapping emojis x 5]” Miz also posted a slow-motion look at his arrival to tonight’s RAW, where he will open the show with a special WWE Title celebration edition of MizTV. That video can be seen below, featuring “Hate Me Now” by Puff Daddy and Nas.

A post shared by Mike "The Miz" Mizanin (@mikethemiz)

A post shared by Mike "The Miz" Mizanin (@mikethemiz)