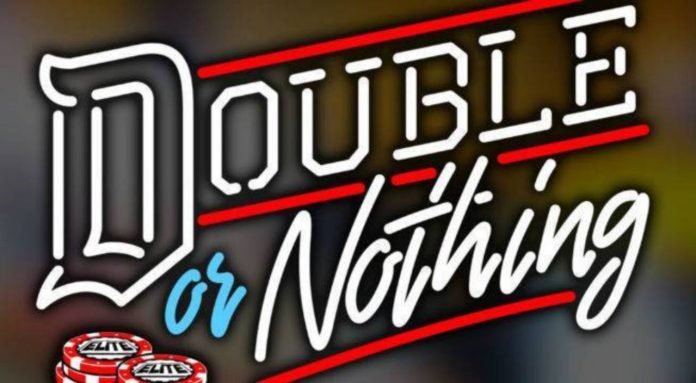 The following press release was sent out today:

UNIONDALE, NY (May 17, 2019) — FITE TV, the largest digital combat sports platform, announced that All Elite Wrestling’s highly anticipated DOUBLE OR NOTHING pay-per-view event will be available live to non-United States viewers on Saturday, May 25.

AEW fans from all corners of the globe will be able to order the DOUBLE OR NOTHING PPV and watch it via FITE.TV. All of the action begins at 8 p.m. ET. Viewers can check their local listings and pricing on the FITE app or on www.FITE.tv.

“A global and historic event the scope of DOUBLE OR NOTHING requires nothing less than the best global platform and partner in the business, one that is capable of not only reaching wrestling fans outside of the U.S., but also serving them reliably on a wide variety of platforms,” said Tony Khan, President and CEO of AEW. “The natural choice for AEW was FITE.TV. Our mission at AEW is ‘Change the World,’ and to do so, we need to reach the world. With FITE.TV, we will.”

DOUBLE OR NOTHING, which sold out in under 30 minutes, will take place on Saturday, May 25, at the MGM Grand Garden Arena in Las Vegas. The card includes a headline clash between Kenny Omega and Chris Jericho; Cody taking on his brother Dustin Rhodes; The Young Bucks battling the Lucha Bros for the AAA World Tag Team Championship; Hangman Adam Page clashing with PAC; and Britt Baker, Nyla Rose and Kylie Rae competing in a three-way match.

The FITE Digital Television Network is a free app download and is available on all major digital platforms including its website www.FITE.tv, Apple and Android mobile apps, Roku, Apple TV, Android TV, and Amazon Fire. The FITE mobile app features the patented technology to cast the program to any connected television sets and is available worldwide.

“FITE is pumped to once again be at the forefront of providing the most exciting events in the combat sports world on the FITE digital platform,” said Michael Weber, COO of FITE. “FITE experienced great success when it aired the inaugural All In wrestling event this past fall, and we look for another successful event from the AEW team.”

Additionally, the hour-long live pre-show special THE BUY-IN will air on FITE outside the U.S., and also stream on AEW’s official YouTube channel youtube.com/allelitewrestling at 7 p.m. ET. THE BUY-IN includes the first ever “Casino (Battle) Royale,” which will see 21 competitors including Jimmy Havoc, Billy Gunn, MJF and Jungle Boy entering the ring in waves of five wrestlers every three minutes followed by one final entrant, lucky number 21, all fighting it out in the ring until there is one winner, whose reward will be a future title shot against the first-ever AEW World Champion.