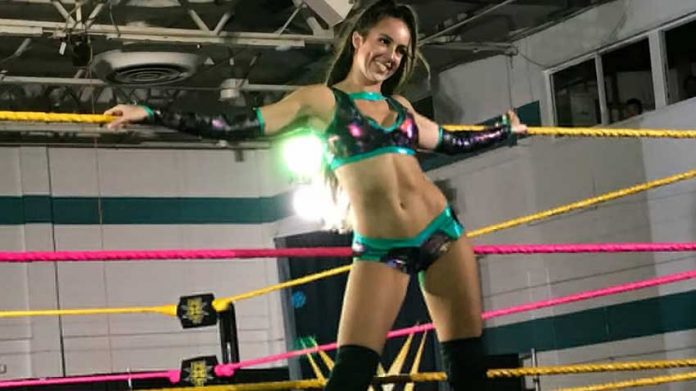 Chelsea Green underwent surgery on Thursday morning after breaking her wrist the night before during a dark match at WWE’s NXT TV tapings at Full Sail Live in Winter Park, Florida.

Green wrote, “Today I had the opportunity to wrestle for the first time at Full Sail for @wwenxt after years of dreaming of it! Wow, it was everything I had imagined it would be!!!‬

Green noted today that she had to go back to the hospital and that Kacy Catanzaro drove her around Orlando, Florida to make sure she felt comfortable. Green indicated that she will be out of action for six weeks.

Green broke her wrist during a dark match against Jessie (aka Jessie Elaban). Green scored the win after nailing Jessie with the UnPrettyHER (which is what Green calls her inverted double under hook facebuster).

Green formerly wrestled in Impact Wrestling under the name Laurel Van Ness, where she became an Impact Knockouts Champion. After leaving Impact in January 2018, she had a brief run in Lucha Underground as Reklusa before joining the WWE Performance Center in October. She made her debut the same month and has wrestled regularly at non-televised events in Florida.

Green is regarded well by WWE management as they feel she has the potential to be a star on the main roster.