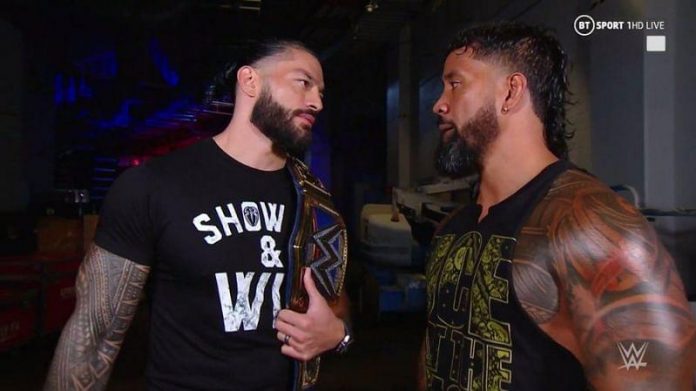 Jey Uso recently did an interview with Gorilla Position and here are the highlights.

Who came up with the idea for Jey vs. Roman Reigns: “That old man (Vince McMahon) is a genius for a reason. I’m pretty sure he put that idea out there and his team was like, eh. It is working.”

How much of the promos are scripted: “In terms of what I’m saying and what he is saying, not a lot. I am reacting to what he is saying because they can’t write our promos. They can’t write how he feels about me and how I feel about him. We got to the level where they trust us and let us do our thing. It feels good to finally get to that level where they took the chains off us.”

Paul Heyman’s involve: “When Paul Heyman is in the mix, you know it’s going to be lit. When I wasn’t even a part of this and I saw Roman come back and Heyman was sitting with him, as a fan I was like yea. That man is a creative genius too. That’s why he is still in the game for so long. I would love for him to manage us one day too.”