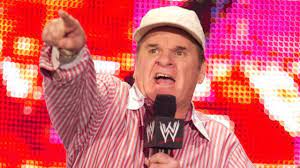 During an appearance on The Whole Story Podcast, former baseball player Pete Rose commented on his celebrity appearance at WWE Wrestlemania 14 in 1998:

“It’s strictly a retired baseball player getting a gig, and that gig paid $50K, to do Wrestlemania. Let me tell you something about Wrestlemania, and I say this constantly, I have never met a wrestler that wasn’t a good guy backstage. Big Show, Undertaker, Stone Cold, Ric Flair, Hulk Hogan… they’re all great guys behind the scenes. I love the wrestlers. They’re entertainers. They understand they got a good gig going.”

Rose also commented on how he still follows wrestling: