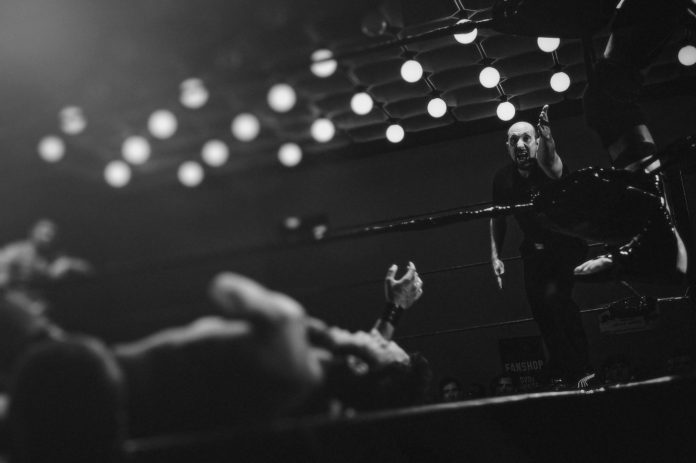 Ok. Strap yourself in for this one because it will not only send you back to those thrilling days of classic WWF (the wrestling, not animal conservation) – although it’s now named WWE due to that exact copyright issue. But enough of that. We are talking about the somewhat absurd links between online gambling and professional wrestling. Well, we say “links”, but people are and have been betting on wrestling for a few years now. That’s right. You can place wagers on openly scripted entertainment shows. You’re probably already thinking, “it’s time to start printing money”, and that was what we first thought too. But it is as simple as placing bets, spinning the roulette wheel, or playing blackjack at online sites like AmazonSlots UK.

Let’s take a breather and rewind this a little.

Wrestling has always been alive and well. Fans of the “sport” still have ongoing access to the WWE (World Wrestling Entertainment), which has been the foundation of everything wrestling over the last 30 years. Multiple other wrestling organisations have popped up, but the only one that has managed to take a grip of the scene is the AEW (All Elite Wrestling). With all that in mind, there is a lot of wrestling action on offer, and that is backed up by the huge ratings that these shows bring when they reach TV. So, the audience is still very much alive and kicking for wrestling action – and where there is action, there is usually gambling.

How does all this relate to online gambling? Well, let’s put it this way. Any entertainment shown on TV, whether its sports or reality shows, or even political events (often entertaining!), they usually have at least one or two betting markets connected to it. Who will win the reality cooking show? Who will be voted prime minister or president? If there is an “event”, you can often put a bet on it. So, back to wrestling and its continued success, it’s not actually that surprising to learn that you can bet on wrestling and win money.

But how does the whole scripting issue get solved?

After one fan correctly predicted 10 wrestling matches in a row and scooped up over £35,000, the betting sites quickly put limits on the amounts you can place. So, those betting markets are still there, but it’s not something where someone in the know could be able to make a pretty penny very easily – accusations were made against that £35k winner that he had inside information. But with scripted entertainment, that is always going not happen, right? It’s like someone working behind the scenes on the next cooking show and them knowing who will be in the final before the show is aired.

The major takeaway here is that now gambling sites are widely providing wrestling betting markets, it will open the sport even more to betting fans that perhaps never really considered watching it before. Throw in the whole scripted factor, and the likes of the WWE and AEW may find their viewing numbers getting a healthy boost as more punters tune in to see if they can predict how the various stories play out. It’s like becoming a detective, and it’s your job to sniff out the plot before the next fighter gets pinned!

Exciting stuff if you like that sort of thing. But one thing is for sure, and that is the fact that wrestling and gambling definitely have a future together. Thought-provoking, to say the least!