Once The Rock was confirmed for this Friday’s Smackdown on FOX premiere, last-minute ticket demand for the event at the Staples Center has reportedly gone up significantly.

Ticket website TickPick is claiming that the average purchase price of tickets for Smackdown has gone up 14% from $109.60 to $125.37.

VividSeats.com also provided the following graphic with the increased ticket demand since The Rock’s appearance was announced: 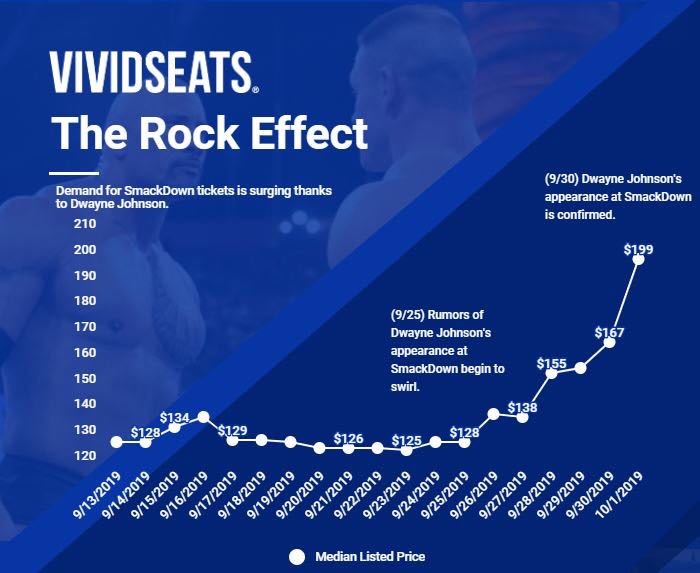