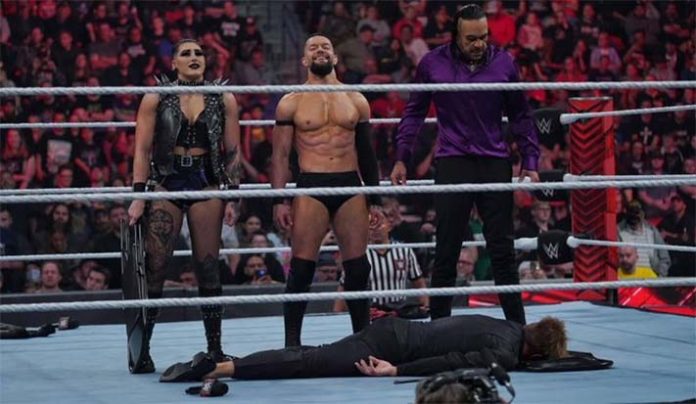 A couple of months ago, WWE had a new faction in the company at their disposal. The Judgement Day was looking like it would dominate WWE TV for the foreseeable future, but suddenly, that all changed, and things seemed to go south. Today, we’re going to take a look at what has gone wrong, what they need to do to fix it, and how quickly they need to do it.

When Damian Priest distracted AJ Styles at Wrestlemania to cost him his match against Edge, it seemed as though Edge would be leading both Priest, and shortly thereafter Rhea Ripley, to newfound successes that their careers desperately needed. Ripley’s debut in the group at Wrestlemania: Backlash was another step towards something truly great to come. It even culminated with a huge victory for that trio over Liv Morgan, AJ Styles, and Finn Balor. When Balor joined the group 24 hours after that match, it seemed that the group had added all the members needed and were destined for fun domination of Raw in the 2nd half of 2022. That’s when the wheels came off the wagon, so to speak, however. Balor turned Priest and Ripley against Edge, and they took him out with a merciless beatdown. It made headlines, and despite the head-scratching timing could still have provided a lot of interesting feuds and moments in the months that could have followed. That has not been the case thus far.

The original question everyone asked was why so suddenly take away Edge as the leader. Well, the supernatural aspect that WWE allegedly wanted to add to the group (which still has not happened at the time of writing) was rumored to be part of the reason, while the injury to Cody Rhodes left Raw without a top babyface being the other major rumor as to why it happened so suddenly. Whatever the reasoning, the need for Balor to be booked as a top heel who dominates Raw while Priest and Ripley back him up was a foregone conclusion as far as I was concerned considering the quick exit by Edge. Unfortunately, that has not been the way WWE has gone.

Rhea Ripley was seemingly going to take control of the group in the immediate aftermath of Edge leaving the group, which once again provided so many amazing possibilities that could have come about. Then, an untimely injury took her out of her big title match with Bianca Belair for Money in the Bank, and now seemingly Summerslam as well, and it’s been a blow to the group and their momentum. Meanwhile, Balor and Priest floundered as not even being on TV for a bit, competing on Main Event. Then they remerged in a feud with the Mysterio’s which will likely lead to Edge’s return on Raw in MSG this coming Monday as WWE plans to celebrate Rey’s 20th anniversary. The video packages from recent weeks have teased the return of the Rated “R” Superstar, and it couldn’t be at a better time. Edge needs to reinject life into the group, even as their adversary. The lack of representation from the group at Money in the Bank was very concerning as a fan who wants to see the group succeed due to the sheer amount of talent involved.

If Balor and Edge get onto the Summerslam card against one another, it will truly be Balor’s biggest main roster match (aside from his match with Roman Reigns last September) since his 2016 Summerslam match with Seth Rollins. That is something that is long overdue for him, and a win over Edge would be even bigger. This feud should not be one and done, with Clash at the Castle looming a return match would be even bigger money, and if Edge goes over at Summerslam then Balor scoring the win in the U.K. can be even bigger for him. Either way, letting the two tear each other apart in Nashville next weekend, all throughout August, and heading to Cardiff on Labor Day weekend, may reinject some life into the group, give Balor a lengthy and high-profile feud, and save time until Rhea Ripley can hopefully come back and get back her title opportunity, it may spell some good luck for the group that has slightly sputtered out a bit in recent weeks.

Here’s to hoping things go well for the Judgement Day, as there is a lot left to gain from their presence on the card. We shall see soon what happens as Edge’s return looms, and Summerslam is mere weeks away.