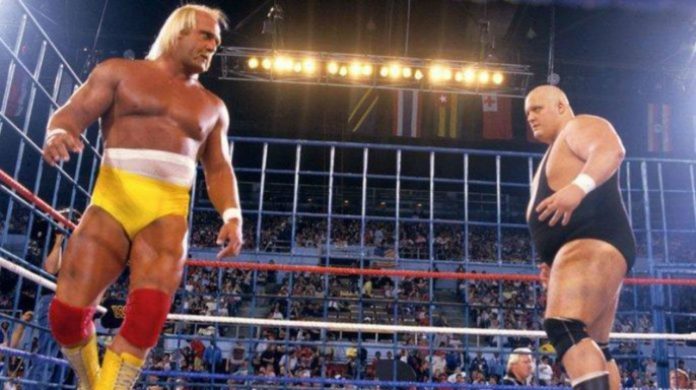 Saddened to hear of King Kong Bundy's passing. A WrestleMania attraction, a true big man and a fan-favorite of the @WWE Universe. My thoughts are with his family at this difficult time. pic.twitter.com/w8NGxRL9lk

I’m saddened by the passing of King Kong Bundy. Great guy, who I’ve known most of my career. RIP my friend. pic.twitter.com/Ado3QEq7xA

I met King Kong Bundy in 1999. I had just started training and was helping out backstage at the show he was on. I’ll always remember him being really funny and just such a great guy. I wish I had been lucky enough to cross paths with him again.

My thoughts go out to his family.

Hate to hear about the passing of King Kong Bundy. He was so cool to me when I walked in that @WWE dressing room as an absolute nobody in 1986.

Rest In Peace to the true master of the Five Count. Condolences to his loved ones. #KingKongBundy

Wow. King Kong Bundy was soooo good and ahead of his time. He was a machine and he never ran out of gas. @WWEBigE stole his 5 count in NXT too. #RIP

RIP my friend. Thanks for your humor and kindness. #KingKongBundy pic.twitter.com/MdzLtvyy6S

R.I.P. King Kong Bundy…another great wrestling talent gone too soon. He will be missed, but he's in good company now, like in this match… https://t.co/rhqsDS5qAD