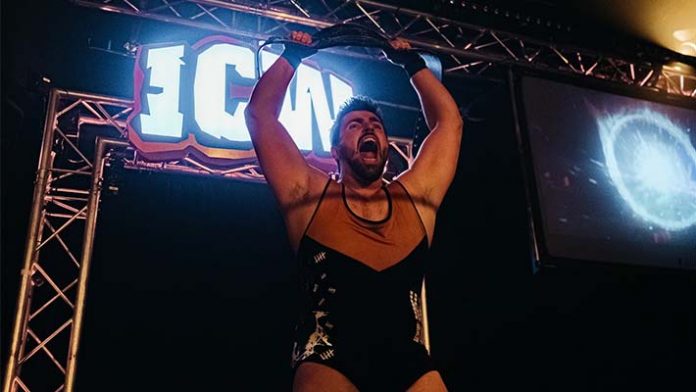 This weekend in Cardiff, ICW run a midnight show on Saturday night/Sunday morning titled ‘Whit’s Occurrin’?! in which Kez Evans defends his World Heavyweight Championship against the legend that is Grado. A challenger he thinks he will easily dispose off.

A limited number of tickets are still available for ICW’s show this weekend, which will take place soon after WWE Clash at the Castle. Tickets are available via Ticketmaster at this link. Fans can also catch ICW every week on Peacock and the WWE Network. 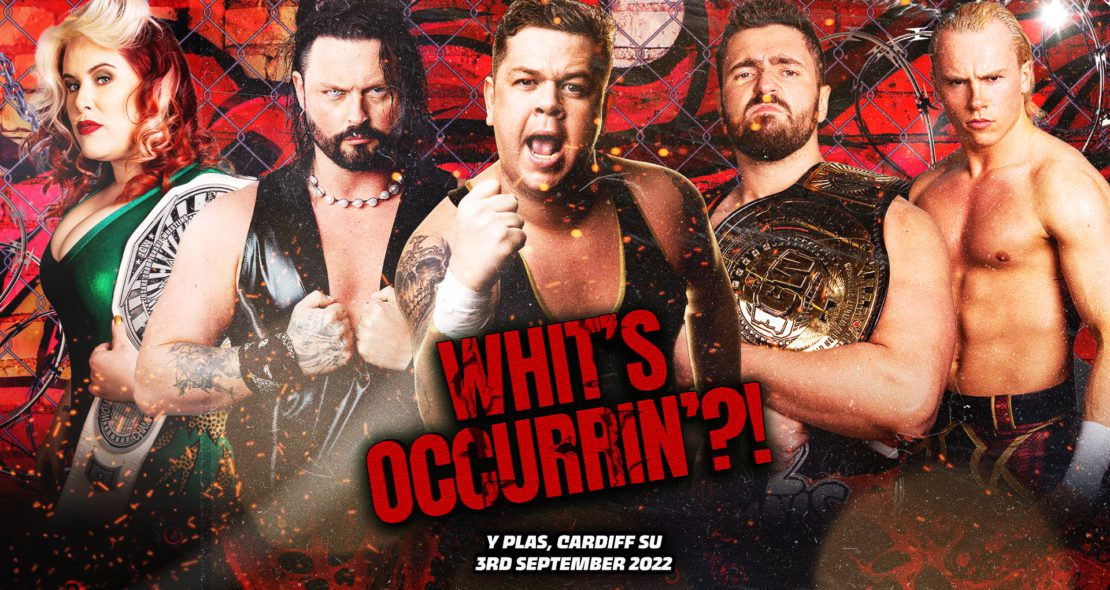 Since winning the title last November at ‘ICW Fear and Loathing XIII’ Kez has defended and beaten a who’s who of ICW history, and he doesn’t plan on stopping yet.

PWMania.com had the chance to talk to him this week in preparation for the big match and a confident Kez had quite a lot to say…

You’ve been champion since last November which is already quite a long reign. What’s been your stand-out moments?

Every single defence. Every time I go out, the reaction I’m getting. I thought after a while they would sour on me, but they still hate me and I couldn’t care less. I don’t care about them, yet they make noise and react. I’m doing my job, winning my matches and keeping my belt.

I think it’s in a really good place right now. Lockdown was difficult. A lot of stars went away and were signed, so us new stars stepped up our game, took the chance and made ICW the product it is today. There’s great talent here, even though I don’t like any of them. We are back on track after COVID. We got a late night show after Clash At The Castle that is close to being sold out and full of top matches…and it’s where I beat Grado.

What do you think of Grado?

He’s one of the biggest stars out of the company, on mainstream TV now, known by casual fans. A lot of people think he’s coming back to beat me. I can tell you it’s not going to happen. I was at the SECC as a fan when he beat Drew for the title in 2015. A surreal and memorable moment. But it isn’t happening again.

If you get through Grado, who do you want next?

There’s no if’s, I’m getting passed Grado. When I do, I’ll take anyone. Anyone from NXT UK, I’ll beat. If Noam Dar wants to come back and try and get the title he says he never defended, I’ll take him out. Sha Samuels, I’ll take him out. Any of the new guys on the roster who think they’ve got a chance, I’ll take them out. I don’t care who it is. The result will be the same.

How do you think your legacy will be defined?

Just bring back all the big names that want to hold this title. I don’t care. I’ve beat Wolfgang, Jackie Polo, BT Gunn, Mark Haskins, Jack Jester…Grado is being added to that list Saturday.