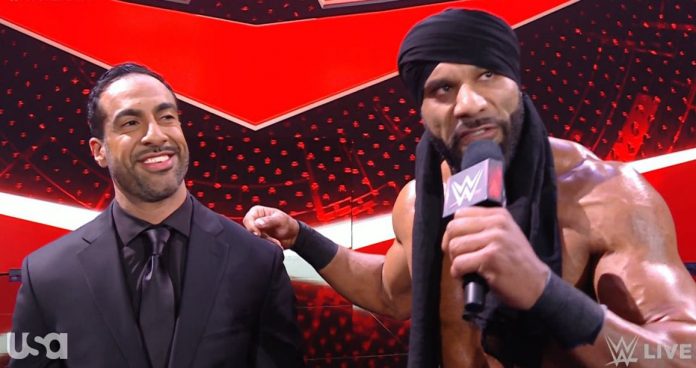 RAW featured a segment where Mahal and Veer came out to confront Drew McIntyre, demanding an apology for the steel chair attack on Shanky from the week before. They brought out an attorney and threatened to sue McIntyre, taking everything he has. McIntyre would then wrestle Veer in a match that ended in a DQ, but after the match Drew ended up taking out the attorney with a Claymore.

Singh wrestled on AEW Dark last month, losing to Angelico on the June 29 episode. Singh just recently made his return to pro wrestling, and the AEW appearance was his debut for the company.

On the new @WWE RAW episode: Who was Jinder Mahal’s @JinderMahal attorney? Arjun Singh (FKA Geek Singh) was the man attacked after the McIntyre vs. Veer match.