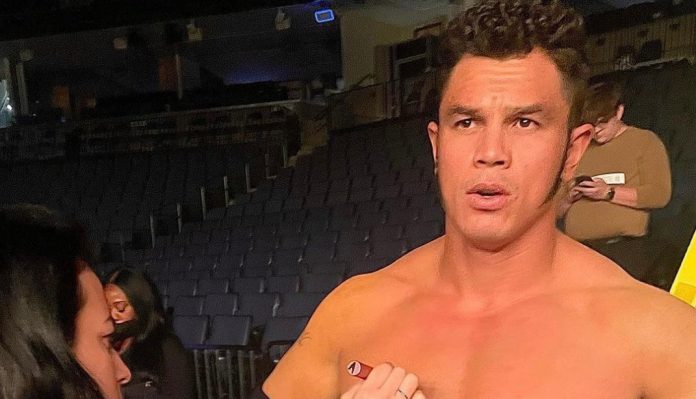 Who was the team that Tony Nese and Ariya Daivari beat on AEW Dark: Elevation this week?

The former WWE 205 Live gate-keepers and current All Elite Wrestling stars defeated two local wrestlers during this week’s edition of the AEW on YouTube series.

Big Fonz and Jordan Cruz were the two men who worked the match. Fonz made his AEW debut, and is a former stunt double for “Adult Dwayne Johnson” on NBC’s “Young Rock” sitcom.

Cruz has worked matches in the past in AEW, including a tag-team match against Ricky Starks and Powerhouse Hobbs on an episode of AEW Rampage that aired on June 3, 2022.