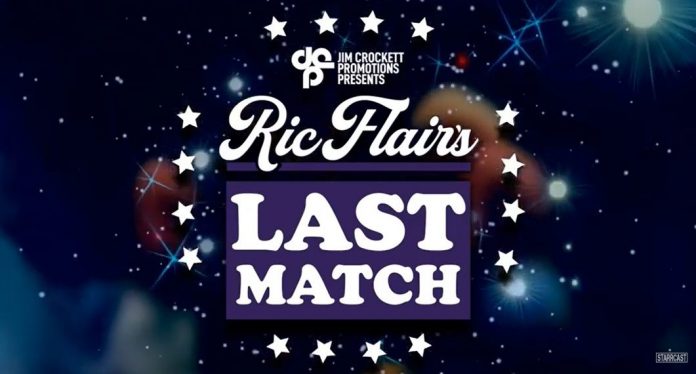 David Crockett has revealed The Briscoes (Mark, Jay) vs. The Von Erichs (Ross, Marshall) for the big show in Nashville, as seen below in the brand-new JCP Control Center video.

An Impact – MLW Interpromotional Match is what is being billed for this.

Who WWE Hall of Famer Ric Flair will meet that night or partner with is still unknown. Late last month, a press conference for the significant one-night-only JCP event was conducted, but Flair’s match was not mentioned or even hinted at.

Here is the updated card for the JCP event, along with the latest JCP Control Center videos with David Crockett to announce the new match:

Impact – MLW Interpromotional Match
The Briscoes vs. The Von Erichs

On 7/31 as part of the card for Ric Flair’s Last Match at @NMAuditorium, we’re proud to announce an @IMPACTWRESTLING & @MLW inter-promotional match!@MarshallVonEric & @RossVonErich vs @jaybriscoe84 & @SussexCoChicken